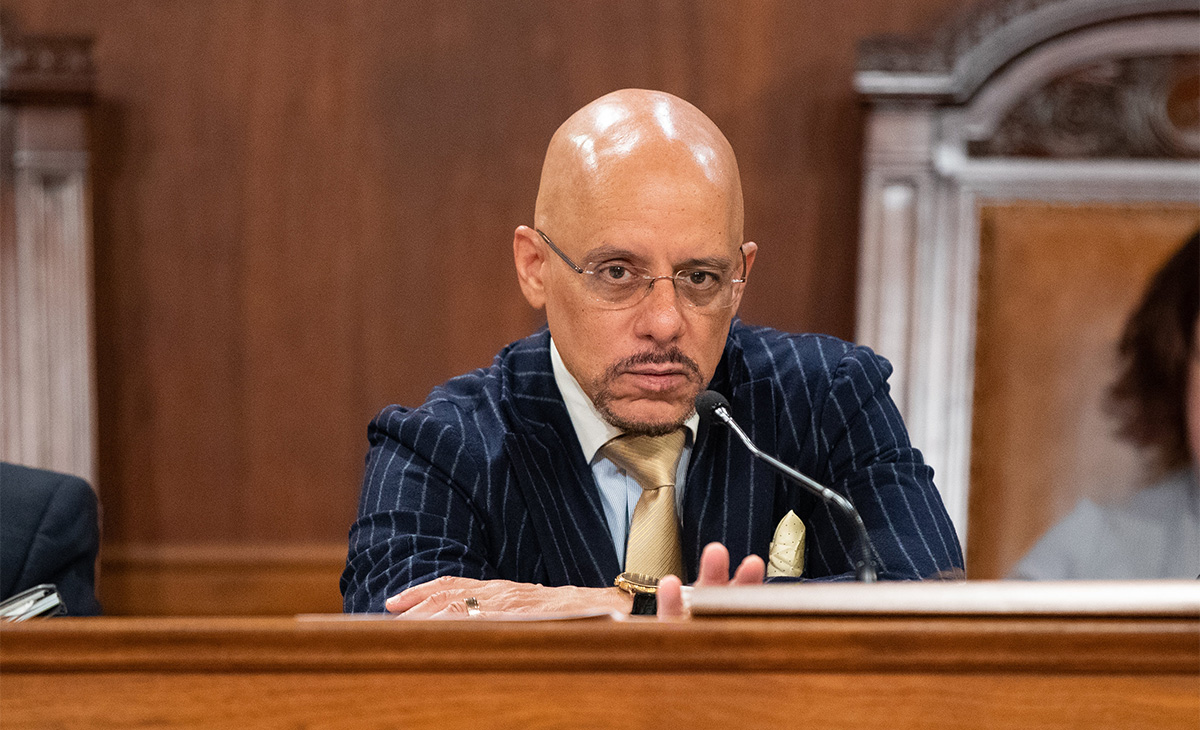 “While the asbestos issues in Philadelphia and Scranton have received the most attention recently, broken and toxic schools are not just a Philadelphia, Scranton or big city problem.  These conditions exist statewide and impact school students in every county,” Hughes said.  “Many of our schools are outdated, with environmental and significant structural issues.  The problems are many, the long-term health impacts unknown.  Our children need protection and they need it now.

Hughes reiterated this argument during the state Department of Education’s (PDE) budget hearing today in Harrisburg.

The West Philadelphia lawmaker said he strongly backs the $1 billion plan recently unveiled by the governor to address environmental and structural problems in schools.  The governor made his pitch in his annual budget address this month.

“Governor Wolf has advanced an aggressive plan that would help hundreds of school districts and thousands of school children,” Hughes said.  “This is not a partisan issue and I’m confident the legislature and governor will come together to solve this problem.”

During the hearing, Hughes used a chart created through a simple internet search to illustrate some of the environmental and structural issues that have plagued schools across the state in the last 3 years.  The chart detailed roughly 85 districts in 33 counties, including urban, suburban and rural areas.  Issues ranged from lead and asbestos to mold and heating and cooling issues.

During discussion with PDE officials at the hearing, Hughes also cited findings of the Joint State Government Commission’s Advisory Committee and Task Force on Lead Exposure to reinforce his call for action.

Key findings from that report include:

Hughes’ expressed confidence in finding a bipartisan solution to address this emergency.

“Republicans and Democrats recognize that exposure to environmental and structural hazards, especially in young children, is dangerous and that’s why we unanimously supported the call for a study,” Hughes said.  “We now have strong data to support our arguments; it’s time to move expeditiously and pass a bipartisan plan to tackle these issues and protect our children.”

Hughes has been a relentless advocate for improving schools and addressing environmental and structural concerns.

You can view full video of the senator’s remarks here: https://www.senatorhughes.com/sen-hughes-remarks-on-toxic-schools-at-budget-hearing/