The Senate Environmental Resources and Energy Committee met on Wednesday, April 6, 2022 to consider the following legislation:

SB 1038 (Stefano): Amends the Surface Mining Conservation and Reclamation Act by requiring civil penalties collected under the Clean Streams Law, as well as any monies collected as a result of any rule, regulation or order of DEP or as a condition of any permit under the Clean Streams Law to be transferred to the Reclamation Fee O & M Trust Account.

Reported out by a 8-3 vote, with Senators Comitta, Muth, and Santarisero voting against.

SR 229 (Dush): A resolution direction the Joint State Government Commission to conduct a study of the economic, environmental, and health impacts relating to the development of the critical mineral industry in PA.

The Senate Environmental Resources and Energy Committee met on Tuesday, January 25, 2022 to consider the following bills:

Reported out as committed 7-4, along party lines

HB668 (Rep. James) – Adds a member to the Mining and Reclamation Advisory Board from the coal refuse energy and reclamation industry.

Reported out as committed unanimously

SB1030 (Sen. Yaw/Langerholc) – Temporarily suspends Pennsylvania’s regulations adopting California regulations related to heavy-duty vehicle diesel controls, leaving the Federal standards to govern while the suspension is in effect. This suspension will be effective through model year 2026 vehicles and will expire as it relates to model year 2027 vehicles and future years.

Reported out as committed 8-3, Sen. Boscola voting in the affirmative

SB945 (Sen. Yaw) – This act requires the Department of General Services to sell, auction, transfer (or other disposition) at a fair market value an alternative energy credit owned, obtained, or entitled to be owned or obtained by the Commonwealth.

Reported out as amended 7-4, along party lines

The Senate Environmental Resources and Energy Committee met on Wednesday, November 10, 2021 to consider the following bills:

Voted out of committee along a party line vote of 7-4.

Voted out of committee 8-3, Senators Comitta, Muth, and Santarsiero voting in the negative.

HB598 (Oberlander): Clarify that only public entities (Commonwealth and local government) can pursue prescriptive easements for the benefit of the public.

Voted out of committee along a party line vote of 7-4.

The Senate Environmental Resources and Energy Committee met on Tuesday, September 28, 2021 to consider the following legislation:

SB525 (Gordner) – Growing Greener III is a program to allocate $500 million of ARP funds to preservation.

The bill was reported out of committee on a vote of 10-1. Sen. Hutchinson voting in the negative.

The amendment was adopted on a vote of 10-1, and the amended bill was reported from committee on a 10-1 vote. Sen. Muth recorded as voting in the negative for both the amendment and bill.

The amendment was adopted unanimously, and the bill was unanimously reported out of committee as amended.

The Senate Environmental Resources and Energy Committee met on Tuesday, September 14, 2021 to consider the following resolution:

Concurrent Resolution on the disapproval of RGGI regulation.

The resolution passed on a party line vote of 7-4.

The letter was approved, along a party line vote of 7-4, and sent to Independent Regulatory Review Commission immediately.

Senator Comitta made a motion to table this letter and offer a letter of support for the RGGI regulation. This motion was denied, 7-4.

The Senate Environmental Resources and Energy Committee met on Wednesday, June 23, 2021 to consider the following bills:

Senate Bill 139 (Mensch/Kane): Resolution to urge the United States Environmental Protection Agency (EPA) to exercise its authority under section 211(o)(7)(A)(i) of the Clean Air Act to revise the nationwide Renewable Fuel Standard (“RFS”) updating volume mandates to provide relief to refiners in Pennsylvania, the East Coast and elsewhere, and to implement additional reforms going forward which will allow for the blending of renewable fuels consistent with the original intention of the RFS program, while containing costs for independent refiners.

Technical amendment was adopted by a vote of 10-1. Senator Muth voting in the negative.

The bill was reported as amended by a vote of 10-1. Senator Muth voting in the negative.

The bill was reported as committed on a party line vote of 7-4. All Dems voting in the negative.

The bill was reported as committed on a party line vote of 7-4. All Dems voting in the negative.

The Senate Environmental Resources and Energy Committee met on June 15, 2021 to consider the following bills:

SB302 (Yaw) – Prohibits the use of certain class B firefighting foams under certain circumstances, and imposing powers and duties on the PA Emergency Management Agency and the State Fire Commissioner 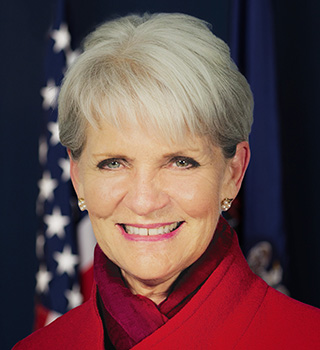