The Senate Law & Justice Committee met on Tuesday, June 15, 2021 to consider the following bills and amendments:

HB 1024 (Schemel): Amends the Medical Marijuana Act to update provisions with respect to caregivers, COVID-19 waivers and background checks for caregivers and licensees.

The Senate Law & Justice Committee met on Wednesday, May 26, 2021 to vote on the following bills:

HB 1154 (Masser) – Amends the Liquor Code to permanently allow mixed drinks to-go to be sold by restaurant and hotel licensees, except for grocery and convenience stores.

HB 425 (Dowling) – Amends the Liquor Code to allow liquor licensees that is permanently closing to sell their remaining alcohol inventory directly to other liquor licensees.

SB 503 (Regan) – Amends the Enforcement Officer Disability Benefits Law (aka, The Heart and Lung Act) add the following individuals to those covered by the benefits of the Act:

SB 566 (Regan) – Amends the Liquor Code to provide for changes to the auctioning of liquor licenses by lengthening the time to pay for a license won at auction and allowing for licenses that are not purchased at an initial auction to be auctioned statewide. 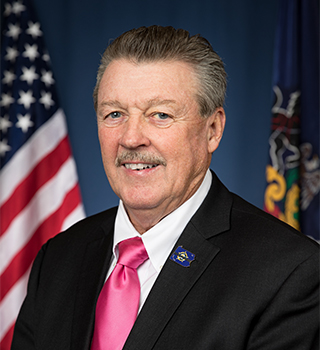