The Senate Appropriations Committee met Tuesday, February 23, 2021 and reported the following bills from committee. Except where indicated, all bills were reported favorably by unanimous vote.

Senate Bill 64 (Martin): This bill directs a portion of the state-allocated farmland preservation funding to be set aside annually for use by land trusts.

The bill would divert $3 million annually from the state Agricultural Easement Purchase Program to be used by nonprofit land trusts. The legislation also requires that the land trusts provide matching funds, which could be raised from agri-businesses, lenders and/or private citizens. Other than the loss of this amount to the program, there are no other fiscal impacts to the Department of Agriculture.

Based on projected contributions from plates, driver’s licenses, and registrations for fiscal year 2020-21, a full fiscal year impact could be an additional $0.838 million per fiscal year.

Senate Bill 106 (Argall): This bill proposes an amendment to the Commonwealth’s Constitution that would revise the procedure by which the Lieutenant Governor is elected.

Senate Bill 116 (Scavello): This bill removes language on the operation of the Conservation Center which the Pennsylvania Historical and Museum Commission (PHMC) no longer operates. It also modernizes the process for the sale and disposition of property.

This bill should result in minimal fiscal impact to Commonwealth funds. However, the cost of the medals will impact the local funds of the agency awarding the medal.

House Bill 326 (O’Neal): This bill adds a section that would allow the Pennsylvania National Guard to participate in the distribution and administration of items for a virus.

The Senate Appropriations Committee met Tuesday, January 26, 2021 and reported the following bills from committee. Except where indicated, all bills were reported favorably by unanimous vote:

under Articles I, III and IV. The first amendment would add a new section to Article I – Declaration of Rights. New Section 29 provides that equity of rights under the law shall not be denied or abridged because of the race or ethnicity of the individual.

The second amendment would modify section 9 of Article III – Legislation, to exclude Joint Resolutions on the question of terminating or extending a declaration of disaster emergency from presentment to the Governor for approval.

The third amendment would add a new section to Article IV – The Executive, providing for the declaration and management of a disaster emergency by the Executive. New section 20 provides that the General Assembly shall, by statute, provide for the manner in which disasters shall be managed by the Executive. Further, the amendment restricts the timeframe for which a disaster emergency declaration shall be effective to no more than 21 days, unless extended by a concurrent resolution of the General Assembly.

The bill passed along party lines with all Senate Democrats voted against the bill.

Senate Bill 8 (Baker): This bill amends Article 1, Section 11 (Courts to be open; suits against the Commonwealth) of the Pennsylvania Constitution, by adding a new subsection (b) to provide that for an individual where the statute of limitations period has expired, the individual will have a two-year window in which to file a civil action alleging childhood sexual abuse.

Senate Bill 87 (Baker): This bill amends Titles 18, 23 and 42 to increase the grading for the offense of 18 Pa.C.S. § 6312 (relating to sexual abuse of children) and to provide for additional circumstances where a sentencing enhancement would apply to the offense. The Task Force on Child Pornography is created.

Enactment of Senate Bill 87 may result in an impact to Commonwealth funds as it relates to increased state prison sentences and increased amount of time being served by defendants.

Senators Haywood, Saval, and Street voted against the bill.

The bill was amended in committee to include the following:

Provide for the distribution of $912 million from the COVID-19 Response Restricted Account in the following manner: 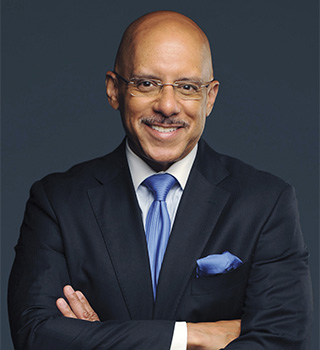