The Senate Veterans Affairs & Emergency Preparedness met on Wednesday, March 30, 2022 and reported out the following:

The resolution was unanimously reported as committed.

The Senate Veterans Affairs & Emergency Preparedness met off the floor on Wednesday, February 9, 2022 to consider the following concurrent resolution:

SB 1027  (Sen. Stefano) — Would amend the Child Labor Act to allow a an individual 17 years of age or older to engage in training for an interior firefighting module with live burns if they have permission to engage in training from a fire chief and a parent/guardian – and are under supervision of a credentialed PA State Fire Academy instructor.

SB 1028 (Sen. Stefano) — would make PA the 27th state to establish the Purple Star School Program which is a state-sponsored recognition designed to acknowledge a public or charter school that has committed to supporting the unique social-emotional needs of a student who is a dependent of an active or former member of the US Armed Forces on active duty; the Pennsylvania National Guard; or a reserve force of the US Armed Forces.

SB 1047 (Sen. Gebhard) – would remove The Adjunct General (TAG) as a voting member from the State Armory Board and transition the board into an advisory body for the TAG. The bill also provides for the rental and lease of state armories and Fort Indiantown Gap properties to government and nonprofit agencies.

The Senate Veterans Affairs & Emergency Preparedness Committee held a public hearing on Monday, September 13, 2021 on the “Next Generation of Firefighters”

HB 196 (Day) – Approved HB 196 (Day) providing for employment protections to Pennsylvania residents who are members of a National Guard or Reserve unit while deployed in another state.

The Senate Veterans Affairs & Emergency Preparedness Committee met Off the Floor on Wednesday, June 10, 2021 to consider H.R. 106 which was amended and reported out along party lines.

All bills were reported favorably by unanimous vote.

The Senate Veterans Affairs and Emergency Preparedness Committee met on Monday, February 22, 2021 and unanimously reported out the following bills as amended: 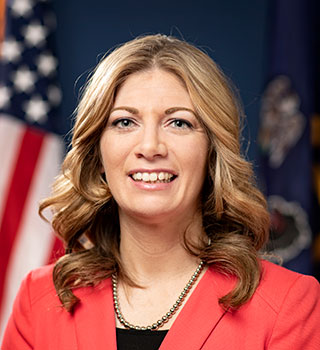