State Sen. Vincent Hughes, along with House Democrats and education advocates, announced today a school budget plan that would represent the largest investment in public education in Pennsylvania history.

“Pennsylvania’s insufficient and unequal school system was put under a harsh spotlight by the pandemic, putting in focus the struggles faced by students, parents and teachers in underfunded districts,” Hughes said.  “We now have a historic opportunity to correct that legacy and provide every student with the resources and opportunities they deserve.”

The plan would make significant investments in the following areas:

“We are confident in the sustainability of this plan because Pennsylvania is experiencing an unprecedented revenue surplus due to a huge economic turnaround aided by federal investments,” Hughes said. “There can be no more excuses for toxic schools and inequality of opportunity. We are sitting on the largest pool of unspent funds in Pennsylvania history.”

Your zip code should not determine the quality of your local school.

Join the movement to fully and fairly invest in Pennsylvania children. Sign our petition below.

The largest and most equitable education budget in Pennsylvania history.

$1.1 billion into the Fair Funding Formula 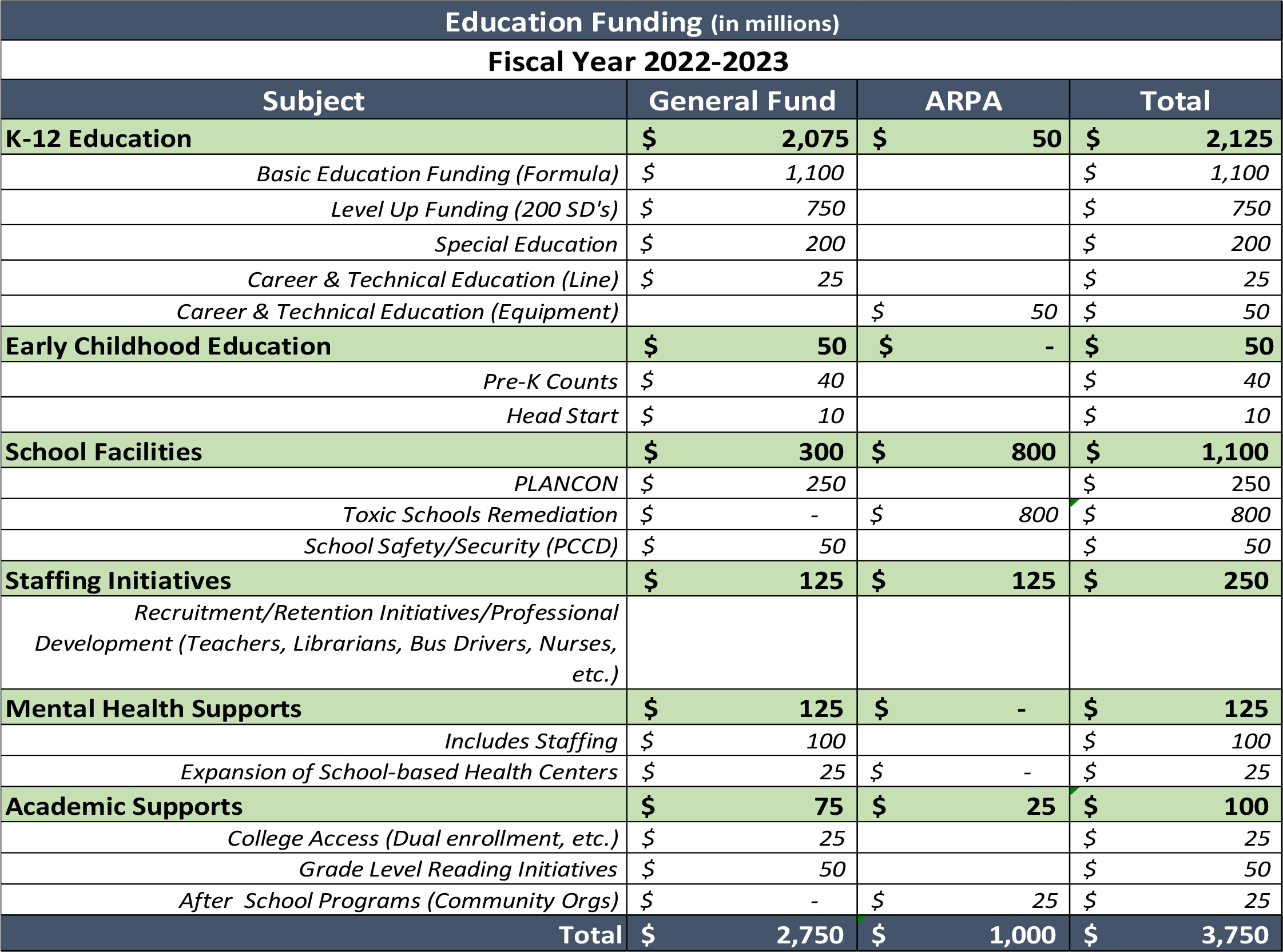