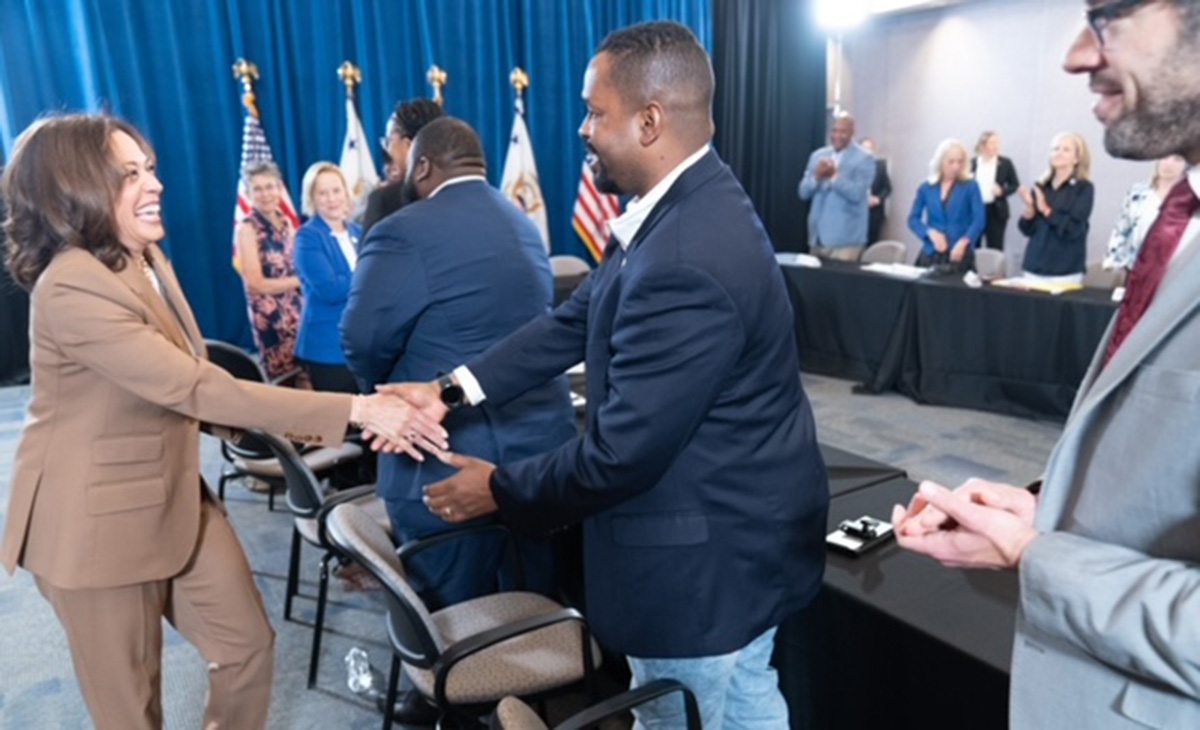 PHILADELPHIA, July 16, 2022 – Vice President Kamala Harris visited Philadelphia on Saturday to meet with state House and Senate Democrats, including members of Pennsylvania’s Congressional Delegation to  to turn anger to action in the wake of Republican efforts to repeal women’s healthcare rights by amending the PA State Constitution.

Vice President Harris stressed that “government should not be in the position, nor should the government have the power to replace its beliefs for those of women,” emphasizing that at the state and federal level “so-called leaders are passing laws that would criminalize medical health professionals and health care providers.” She noted President Biden’s effort to ensure federal protections for abortion access as “several states in our nation… will not allow an exception for rape or incest.”

Senator Sharif Street (D-Philadelphia) noted the importance of “joining the Vice President to meet these challenges, head on, that Pennsylvanians and Americans face amidst an onslaught of Republican attacks on civil and women’s rights. History will judge us in this moment. It is critical we respond in a coordinated and consistent way to address these concerns and protect the rights of every woman in our commonwealth and country.”

Pennsylvania House Democratic Leader Joanna McClinton, D-Phila. /Delaware stated that she was “proud and honored to have the vice president come to speak to us about how we all can do our part to speak out, stand up, and fight back,” sharing that it was “shocking the damage that has been done to our rights in just over three weeks, and even more shocking to realize the extremists will not stop there – the right to vote, the right to contraception, the right to same-sex marriage or interracial marriage are all at great risk. The vice president heard our words from the people we represent and challenged us all to renew our efforts and always remember our rights and our Constitution are there to protect each one of us.”

Democrats in Pennsylvania will always fight to defend  the constitutionally protected rights of every Pennsylvanian.