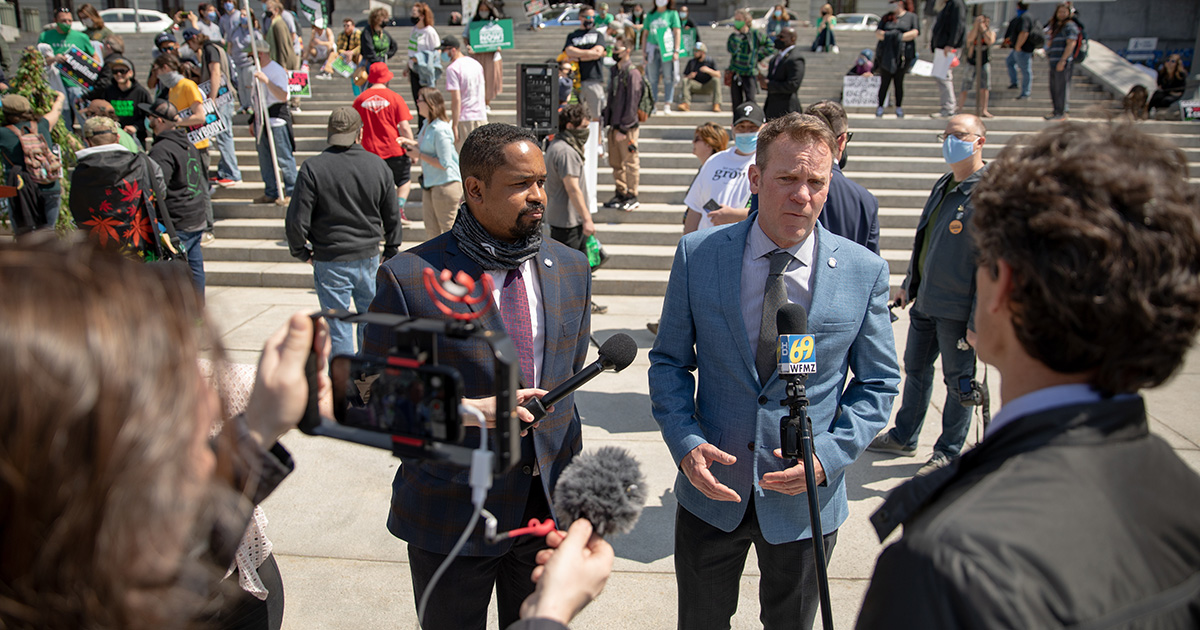 The bill establishes rational and fair protocols for the legal sale, regulation, consumption, and taxation of cannabis while prioritizing safety, patients, community reinvestment, social and economic equity, and agriculture.

Senator Street described the end of cannabis prohibition as “An issue whose time has come,” calling it “an expensive failure of public policy which has criminalized patients, personal freedoms and impacted generations in a failed war on drugs that continues to burden taxpayers with growing costs to our criminal justice system. This bill makes both moral and fiscal sense and prioritizes the people of Pennsylvania.”

“After almost a year of working with Senator Street, advocacy groups and constituents we have introduced SB 473, which we believe is the best option to legalize recreational marijuana in Pennsylvania. Through bi-partisan support, Senator Street and I believe that we have found a way to get this important legislation to the finish line. With most of the surrounding states passing legalization bills, it’s time to act now before we lose revenue due to border bleed.

While the increase in revenue could raise around a billion dollars a year, the most important thing to me is that the industry will create thousands of family sustaining jobs that we so desperately need,” said Senator Laughlin.

Laughlin and Street are proud to have drafted this bill with extensive feedback from advocates and stakeholders across the Commonwealth and are committed to working with them to improve the bill as it progresses through the legislative process.

Primary Goals of the Legislation

It is time for Pennsylvania to join the growing movement toward legalization. New York and New Jersey are already in the process of setting up their legalized cannabis markets. Pennsylvanians should not have to travel and give their tax dollars to neighboring states just to consume something that already has majority support in Pennsylvania. This legislation creates regular procedures for the legalization, cultivation, and sale of cannabis. It will amend some of the historical inequities around criminal justice and will raise hundreds of millions of dollars for the Commonwealth annually while putting Pennsylvania in a position to compete with our neighbors.