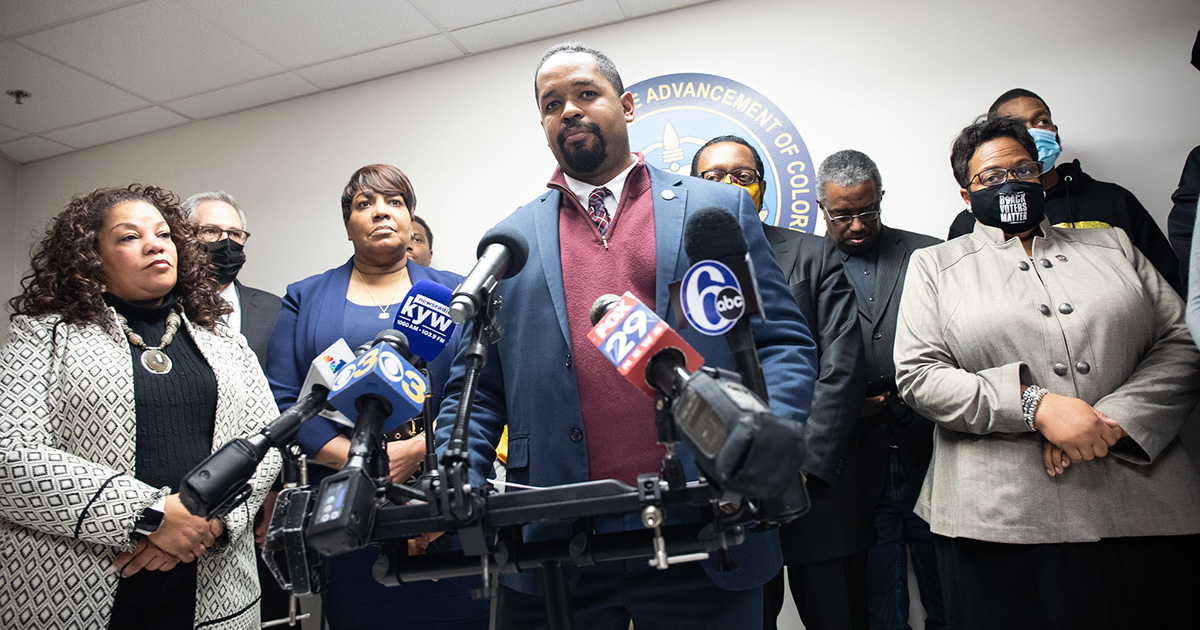 HARRISBURG – December 14, 2021 – Today, Senator Sharif Street held a press conference to address gun violence in Philadelphia and throughout the commonwealth following a shooting that took place outside his district office on Monday night, December 13th. Senator Street was joined by colleagues from the state senate and house of representatives to yet again call attention to the need for more funding, more legislative action, and more urgency in addressing the gun violence epidemic that continues to grow in Philadelphia and Pennsylvania.

“As rates of violence in Philadelphia, Lancaster, Erie, Reading, and Pittsburgh are all rising, it is time we do something about gun violence,” said Senator Sharif Street. “We certainly should pass bills that a number of my colleagues have introduced, but at a minimum we should dramatically increase funding for safe corridor programs, violence prevention programs, youth sports activities, PTSD training and treatment, and crisis intervention workers.”

Late Monday night, at the intersection of Germantown and Windrim Avenues, a suspected shoot out left a victim in critical condition. The shooting took place outside of a Senator Street’s district office causing damage, but more importantly a stark reminder of how close the threat of gun violence is for so many. Just this summer, Senator Street lost a family member to gun violence. Sadly, his experience of unexpected loss of a loved one is not unique. To date, there has been over 500 homicides due to gun violence in Philadelphia.

During today’s press conference, Senator Street and his colleagues addressed frustration over their GOP colleagues’ decision to keep billions of American Rescue Plan dollars in the state’s “rainy day fund” instead of investing more money into communities and local, grassroot organizations that are working to address the systemic causes of senseless gun violence.

“Release the funds that are available to invest and breathe hope in communities, so they do not transition to gun violence,” said Senator Vincent Hughes. “We made $30 million dollars available for violence prevention programs. $170 million dollars of applications came in. Everyday our communities are starving for investment. We need to invest in the people.”

“There is legislation and money out there to invest in programs that are proven to reduce gun violence,” said Senator Amanda Cappelletti. “We could take the billions of dollars we have sitting in Pennsylvania’s “rainy day fund” and invest in the root causes of why someone chooses gun violence.”