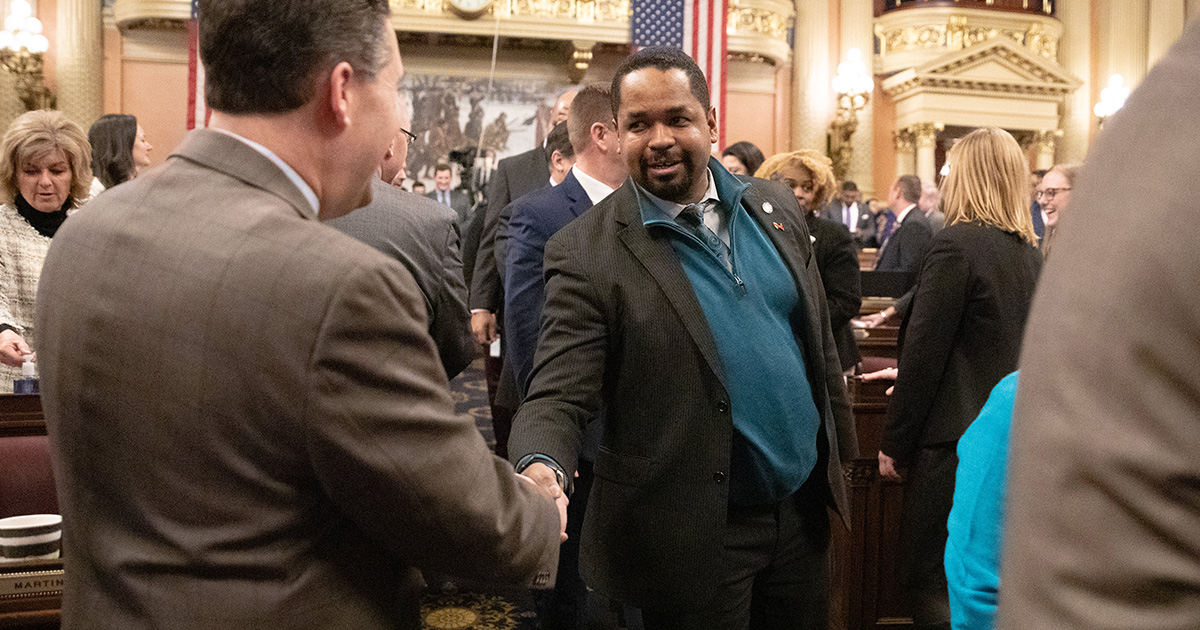 On Monday Senator Street joined hundreds of survivors in Harrisburg as the nation acknowledges National Gun Survivor Week. He spoke on the loss of 4-year-old Edward Williams Jr., a victim of gun violence who lived in his district and said he “was pleased that the Governor chose this occasion to amplify the voices of those impacted by gun violence and called on the General Assembly to enact responsible gun laws that will save lives.”

The announcement of 1 BILLION in funding to address toxic schools was also encouraging as School District of Philadelphia officials have now closed a seventh school in Philadelphia for environmental testing and fears of asbestos.

Senator Street has led the effort to end toxic schools in his district and added that “The governor’s announcement of  his support for an additional Billion dollars to address the hazardous conditions that exist in many of our schools that include lead and asbestos is amongst the fundamental roles of government, to take care of its most vulnerable citizens and ensure that the air our children breathe and the water they drink is clean.  We are working to meet that responsibility.”