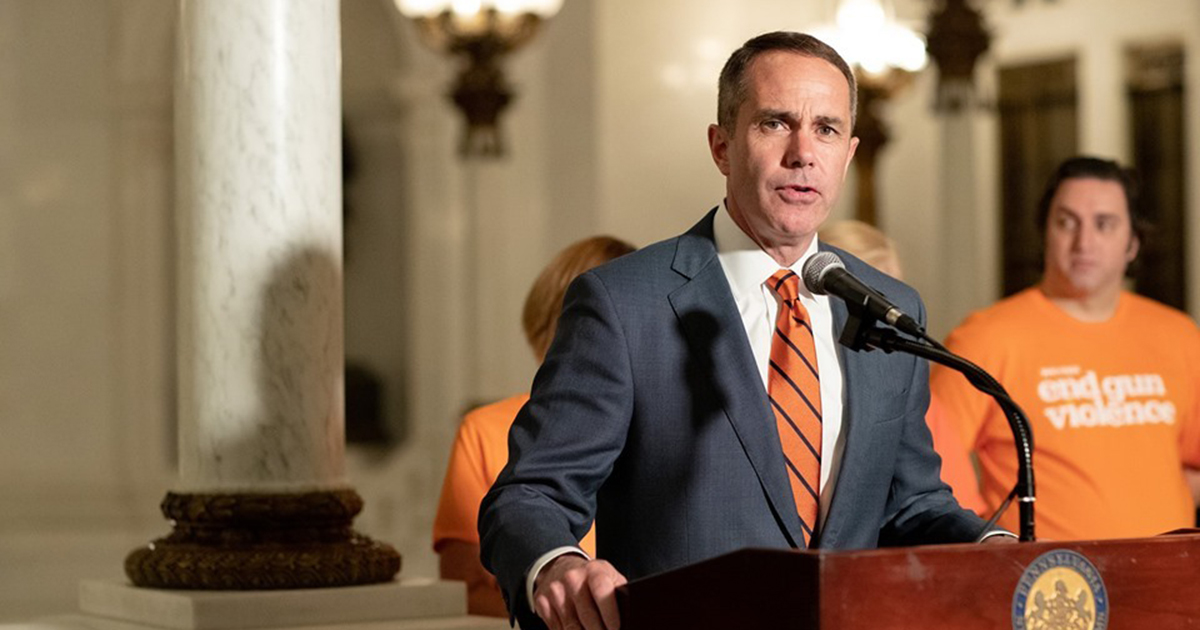 “I applaud the executive action taken by Governor Wolf to address the daily occurrence of gun violence,” Sen. Santarsiero said after the governor’s announcement. “The Pennsylvania General Assembly must now do its part and hold votes on common sense gun safety measures. During what can only be described as a public health crisis, refusing to vote on these measures would be grossly irresponsible on the part of the legislature.”

In his announcement, Governor Wolf called upon the General Assembly to pass safe storage legislation, which would result in a reduction of accidental shootings, and to enact universal background checks for all gun purchases.

Sen. Santarsiero is the primary sponsor of two safe storage bills currently awaiting action in the Senate Judiciary Committee. One requires the safe storage of a firearm when the gun owner resides with a person who may not lawfully possess a firearm, SB 137, and the other requires safe storage when the firearm is not in use, SB 138.

During his time in the state House, Sen. Santarsiero continuously advocated for bills requiring universal background checks on all firearm purchases. Soon after being sworn in to the Senate this year, he joined state Senator Vincent Hughes (D-7) co-prime sponsors of Senate Bill 88, to close the private sale or so-called “gun show loophole” and impose universal background checks.

Sen. Santarsiero is also a co-sponsor of Senate Bills 90 and 292. SB 90 would give law enforcement and families the ability to temporarily restrict an individual’s access to firearms when they present a clear danger to themselves or others. SB 292 would place a civilian ban on military-grade weapons.

In a letter addressed to Governor Wolf on August 6th, Sen. Santarsiero and the PA Safe Caucus, a bicameral body dedicated to reducing gun violence, requested the governor convene a special joint session of the legislature to address the epidemic of gun violence and the violent ideology that resulted in the recent mass shootings in El Paso, Texas and Dayton, Ohio.

Sen. Santarsiero, a member of the Senate Judiciary Committee, sent a letter to state Senator Lisa Baker (R-20), chairwoman of the Senate Judiciary Committee, requesting his bills be considered during upcoming public hearings to address the issue of mass shootings scheduled for this fall. In her announcement, Sen. Baker said the hearings are “intended as a prelude to action.”

“Through the legislation my colleagues and I have introduced, we can protect the rights of responsible gun owners, while ultimately working to end the cycle of gun violence that has touched every corner of our society. Hearings are not enough. Leaders in the state House and Senate must bring forward the opportunity to vote on common sense firearm safety legislation,” Sen. Santarsiero concluded.