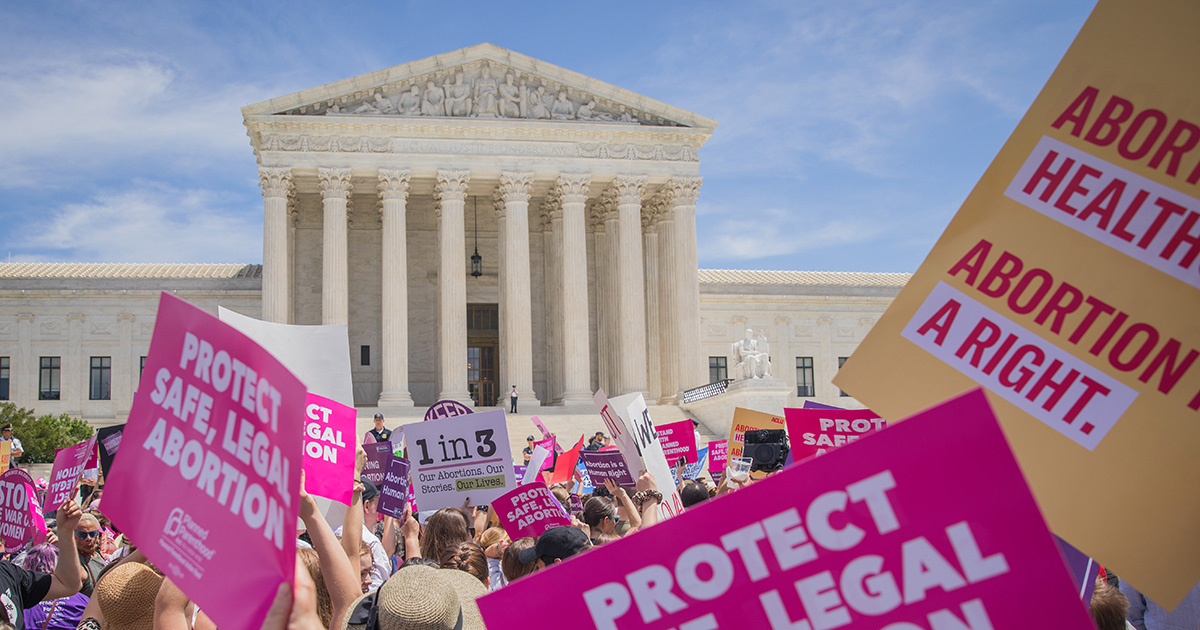 “For nearly fifty years, the Roe decision has protected a person’s constitutional right to abortion care, and in doing so has held the ground for all people’s rights to bodily autonomy, to the freedom to make the best decisions for their lives and their families. Today we have lost this ground. Today is the day we have feared. I am heartbroken. I am enraged. And I am resolved.

“The Court purportedly exists to serve as the ultimate arbiter of justice, and in today’s opinion, this role is betrayed absolutely. Where is the justice in a small handful of wealthy, well-connected people—made powerful only by their willingness to advance the agendas of anti-abortion legislators—unravelling the hard-won rights of hundreds of millions of people? There is none. These extremist and falsely titled “Justices” are acting in defiance of the American people. It is obscene that those who care nothing about justice have been imbued with this power.

“And just as every other terrible thing in our society, the consequences set in motion by extremist Justices Alito, Barrett, Gorsuch, Kavanaugh, Thomas, and Roberts will cause disproportionate harm to poor people and people of color.

“Pennsylvania already restricts abortion access to the fullest extent allowed under federal law. For years our own well-funded, well-connected anti-abortion legislators have chipped away at this right. We have our own shameful legacy of systemic racism and class exclusion. We should expect the fallout from this decision to be quick and devastating. And all of us need to be prepared.

“From this dark day comes our clear work. Organize. Organize funds for abortion care providers. Organize transportation for people who need abortion care. Organize pressure on our federal representatives to protect all people’s rights to bodily integrity and autonomy, since our highest judges have abandoned their responsibilities to justice. Organize pressure on the Pennsylvania General Assembly to expand abortion access throughout our Commonwealth. Organize pressure on Philly officials to make our city an abortion sanctuary city. Organize support for the community groups and organizations that are already doing this work, and let yourself be organized by them, fortify them with your effort.

“It’s time to fight for, and win, a world in which a person’s right to abortion care is not held by a tenuous thread, but is supported by our government and health care institutions at every step of the way. This is what it means to be on the side of life.”