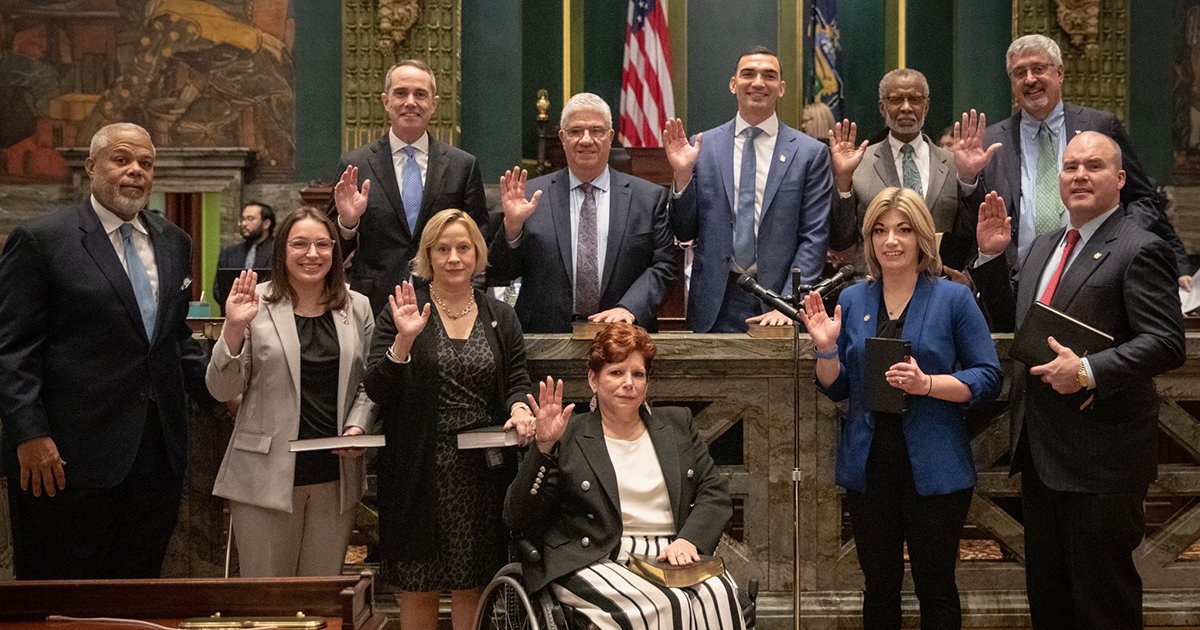 Harrisburg, PA − January 3, 2023 – Today, Senator Nick Miller was sworn into office to represent parts of Lehigh and Northampton counties in the 14th Senatorial District in the Pennsylvania State Senate. The district was newly created during Pennsylvania’s legislative redistricting process that concluded in early 2022.

“As a fifth generation Allentown resident, I’m proud to step into this leadership role for our region and join the Pennsylvania State Senate,” said Sen. Miller. “Since I was young, my mother, who is also a public servant, instilled in me the importance of giving back to our communities and serving others. I look forward to working with constituents and advocates from across Pennsylvania to better education and local economies in our district.”

Sen. Miller will be the youngest member to serve in the Pennsylvania Senate, but he is no stranger to public service and leadership. Prior to joining the Senate, Sen. Miller served on the Allentown School Board. He was elected to the Board in 2019 and then named Vice President in 2021. He is also a small business owner. He graduated with a Bachelor’s Degree from Penn State University and a Master’s in Public Administration from the University of Pennsylvania.

In the Pennsylvania Senate, Sen. Miller has said he will continue to be an unwavering advocate for students, educators, and economic success for families and small businesses in the Lehigh Valley.