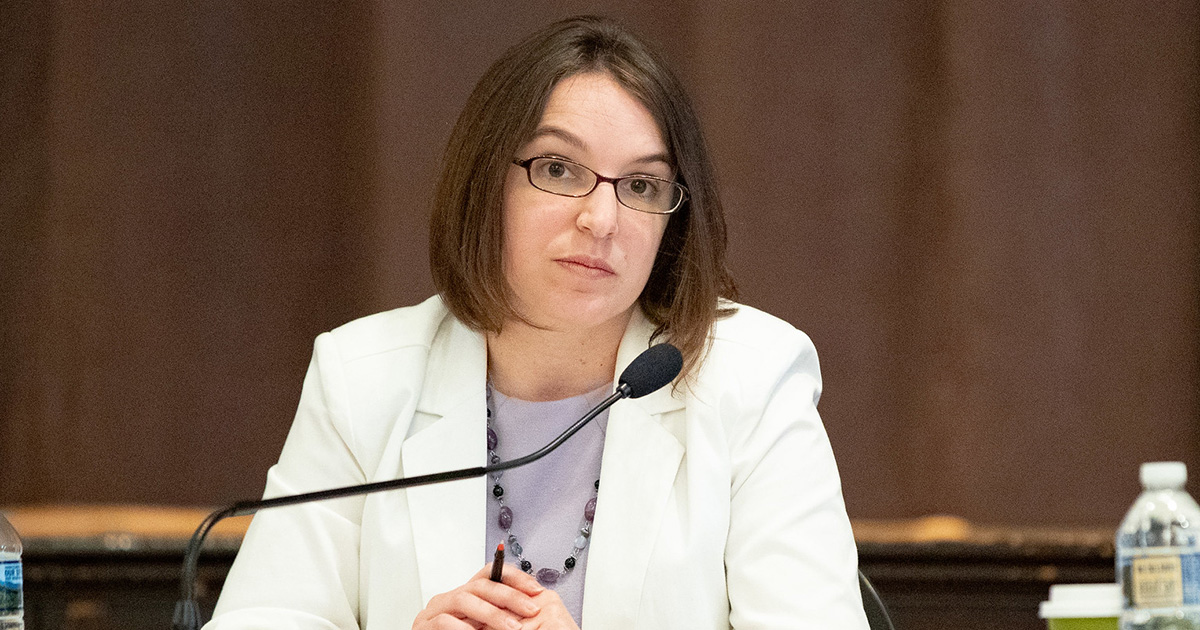 Harrisburg, Pa. − September 28, 2021 − Senator Lindsey M. Williams issued this statement today, following the passage of Senate Bill 846, sponsored by Senators Doug Mastriano and Judy Ward, out of the Senate Education Committee. SB846 would permit parents and guardians to “opt out” of the universal mask mandate issued by the Secretary of Health or mask mandates passed by local school boards without requiring that any reasoning be provided for their decision to opt out of public safety measures designed to prevent and control of the spread of communicable diseases.

“The passage of this dangerous legislation makes clear that Senate Republicans’ priority has never been to keep students in their classrooms. Instead, they aim to politicize the suffering of children and their parents, jeopardize the health and safety of our most vulnerable students, and dismantle public education as we know it.

“Healthcare professionals, parents, educators, administrators, and first responders all know that wearing masks helps keep schools open and our students in class. The universal mask mandate issued by the Secretary of Health has kept students out of quarantine and prevented schools from closing as a result of COVID-19 cases. Senate Republicans made clear today that scoring political points outweighs the progress we’ve made in keeping our children healthy.

“If this bill were to be signed into law, it would violate the rights of students with disabilities to free and appropriate public education. What’s more, children with disabilities are most likely to need a legitimate medical accommodation to not wear masks. By allowing parents to opt-out for any reason – or no reason – it jeopardizes the education of these most vulnerable students. Those on the Education Committee who have suggested that these students can simply ‘leave the public school’ are actively discriminating against students with disabilities. By voting to advance SB846, Senate Republicans have shown that they are more concerned with dismantling public education than providing our most vulnerable students with the resources they need to succeed in school, with their peers, free from discrimination.

“It is no coincidence that this bill is moving along with House Bill 1254, which siphons money from property taxpayers intended for public education and drains it into taxpayer subsidized “education coupons” that have no expiration dates or guarantees that they will be used for public school expenses. This is just another way that Republicans across the Commonwealth and across the country are pushing students out of public school districts and into private, parochial, and charter schools, all while making taxpayers pick up the tab.

“Senate Republicans are not interested in moving forward and allowing our students and teachers to get on with the incredibly important business of in-person education. They would rather waste time and taxpayer dollars rehashing the same arguments instead of using that time, and the American Rescue Plan funding that we have available, to help students make up for learning losses, to improve ventilation and physical conditions in our aging school buildings, and to improve technology access for all students across the Commonwealth. Instead, we’re wasting time, pretending that the overwhelming body of actual science supporting the use of masks doesn’t exist, to pass a bill that Governor Wolf will most likely veto.”