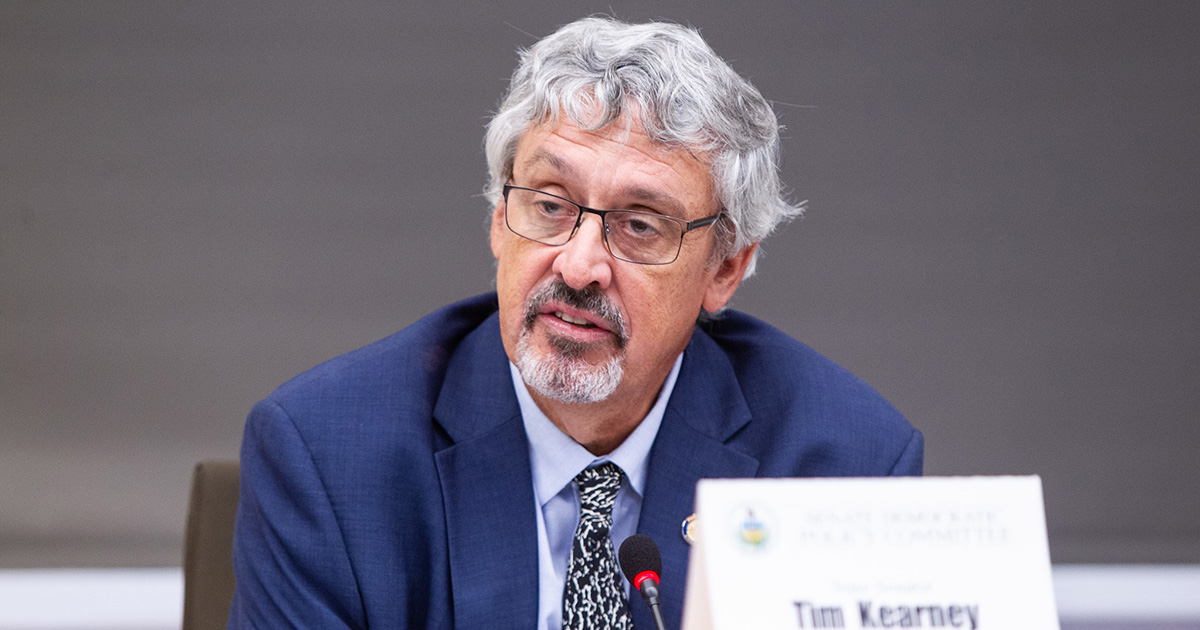 HARRISBURG, PA − May 11, 2022 – Senator Tim Kearney (D – Delaware/Chester) is pleased to announce that his legislation to address educational inequities throughout the Commonwealth has been formally introduced into the Pennsylvania Senate. The Level Up School Funding Supplement, a component of Gov. Tom Wolf’s FY 2022-23 Budget Proposal would triple the Level Up allocation.

Specifically, Senate Bill 1223 would increase the funding to $300 million. Currently, the allocated amount for the Level Up initiative, which launched last year to support the 100 most underfunded schools is $100 million.

“If the state is willing to shoulder more of the financial costs to support our educational system, the benefits would directly impact students, teachers, and staff while lessening the tax pressure on local residents,” said Senator Kearney. “For the last three years, while serving as a member of the Education Committee, I’ve proudly championed for more investments in education, especially funding to address longstanding inequities within our public school system.”

This supplement would be in addition to a proposed generational investment of $1.25 billion in basic education funding and a $200 million increase for special education that would benefit every school district in Pennsylvania.

This disparity has been the basis for the William Penn School District et al. v.

Pennsylvania Department of Education et al. lawsuit, a suit that Fund Our Schools PA describes as having been filed “by six school Pennsylvania school districts, the Pennsylvania Association of Rural and Small Schools, the NAACP-PA State Conference, and a group of public school parents against state legislative leaders, state education officials, and the governor for failing to uphold the General Assembly’s constitutional obligation to provide a ‘thorough and efficient’ system of public education.”

“The William Penn School District and dozens of other school districts have been fighting for years for fair funding,” said Senator Kearney. “What they are asking for is a constitutional right. This year, with our surplus in cash, Pennsylvania has the opportunity to make real transformational investments in the lives of students that includes more funding for schools that need it the most. When we invest in education, it’s a win for our children, our Commonwealth, and our future.”