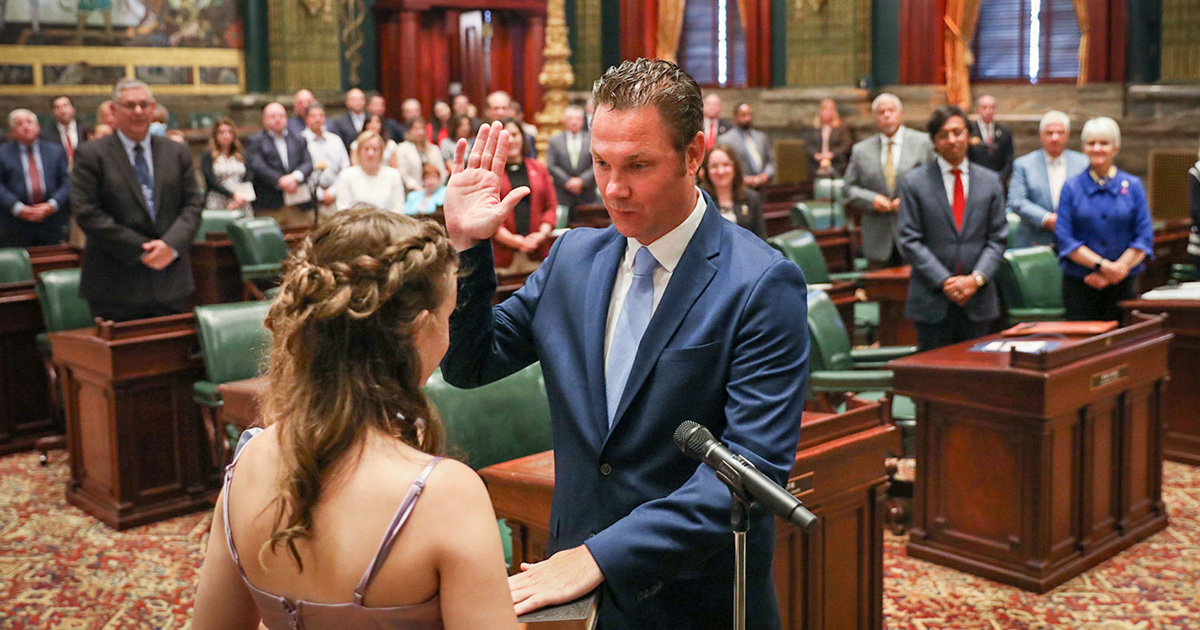 HARRISBURG, June 7, 2022 – Following his special election victory in May, Senator Jimmy Dillon was sworn into office today to represent areas of Northeast Philadelphia in the 5th District in the Pennsylvania State Senate. The position was formerly held by Judge John Sabatina, who resigned from the Senate following his election to the Philadelphia County Court of Common Pleas.

No stranger to hard work and dedication, Dillon most recently worked as a grant compliance monitor for the School District of Philadelphia, while growing his own small business, the acclaimed Hoops 24/7 Basketball Academy. From its launch with 50 kids in one gym in 2007 to more than 500 kids in over 27 gyms in the region, his business is a real success story both professionally and personally.

During his campaign for the 5th District, Dillon made clear he would focus on local neighborhoods, community safety, education and labor union rights. “I’m thrilled to join the Pennsylvania Senate and lend a voice to workers, police officers, seniors, unions, children and families. I’ve always been a hard worker and I look forward to keeping up the fight for the needs and values of everyone I represent back home,” said Dillon.