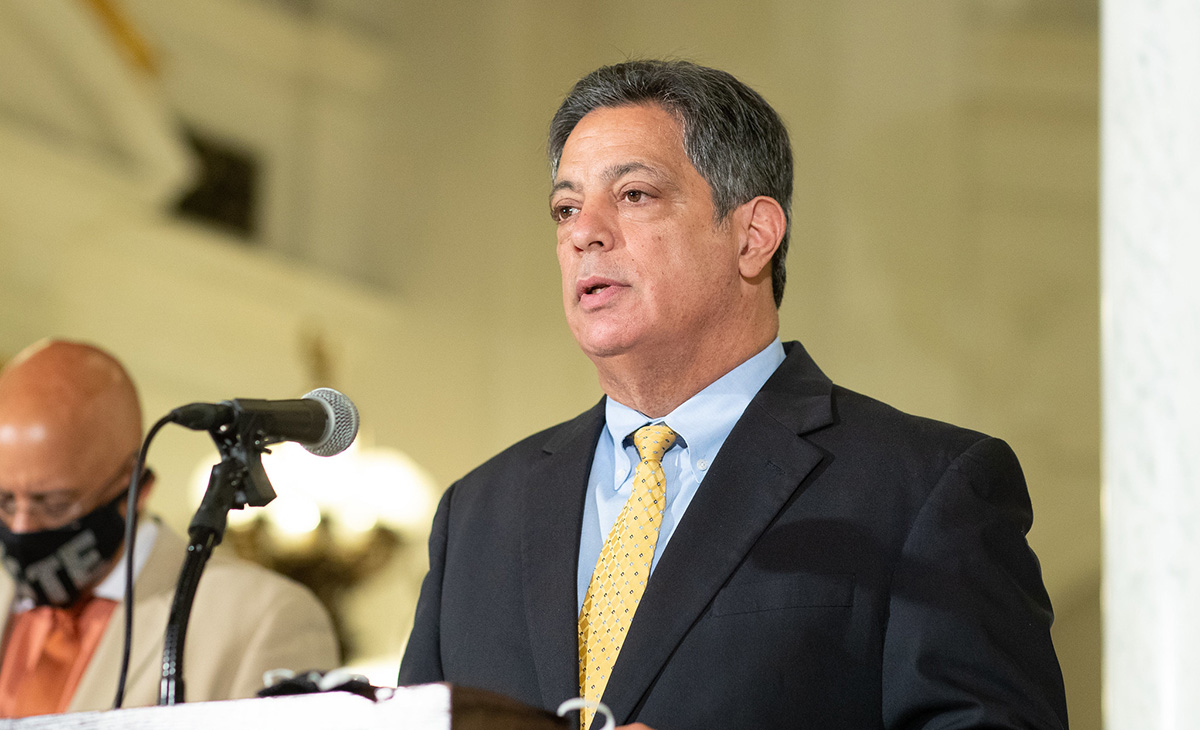 HARRISBURG, PA – July 28, 2022 − Today, Governor Tom Wolf announced a lawsuit against the Republican-led General Assembly for their unconstitutional attempt to ban abortion in Pennsylvania. Senator Jay Costa (D-Allegheny), leader of the Democratic Caucus in the PA Senate, shared the following statement in support of the lawsuit:

“Today, I am proud to support Governor Wolf’s lawsuit challenging the legality of SB 106, a bill that offers several amendments to our Commonwealth’s constitution, including removing the right to abortion in Pennsylvania. I have been unwavering in my support of abortion access. As a caucus, Senate Democrats have consistently voted to protect access to this necessary medical procedure, and consistently voted against efforts to make abortions more difficult for Pennsylvanians to access. The GOP rammed through SB 106 at the 11th hour during budget negotiations, attempting to sneak their anti-abortion legislation through under the cover of night. This move was intentionally devious and would strip rights from millions of people who call PA home.

Governor Wolf’s lawsuit will ensure that the amendments in SB 106 will appear on the May 2023 ballot only if they are legally appropriate. While the institution of the General Assembly is facing this suit, it will be the responsibility of the GOP to defend its midnight backroom deal-making. Regardless of the outcome of this suit, our caucus remains committed as always to protecting the right to abortion in Pennsylvania.”