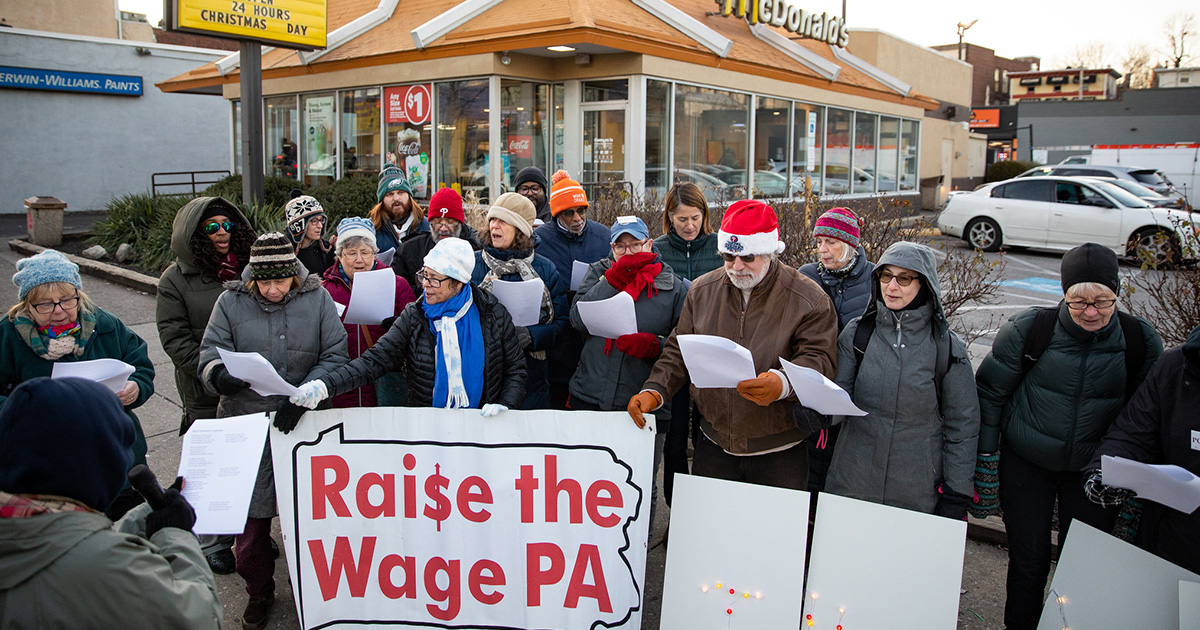 Philadelphia – December 19, 2019 – State Senator Art Haywood (D-Montgomery/Philadelphia) joined POWER to Carol for A McRaise event outside of the Chelten Avenue McDonald’s.  This was an effort to get owner Derek Giacomantonio to raise the wage of his employees to $15 an hour.

“We came back to this McDonald’s to sha

re the message of the season,” said Senator Haywood. “Hopefully our songs will heal Derek G’s heart and allow him to pay his employees a living wage.”

“With the joy of the holiday season, we are singing with love and compassion for a fair and living wage for all.” said Reverend Kent Matthies of POWER.

In January, Senator Haywood hosted a Raise the Wage rally on MLK Day with POWER, the Unitarian Society of Germantown, and Raise the Wage PA! outside of the same McDonald’s.  In September, a press conference was held at this McDonald’s to let neighbors know of the upcoming McDonald’s meeting.  After the November rally which over 100 people attended, negotiations have been put on hold.