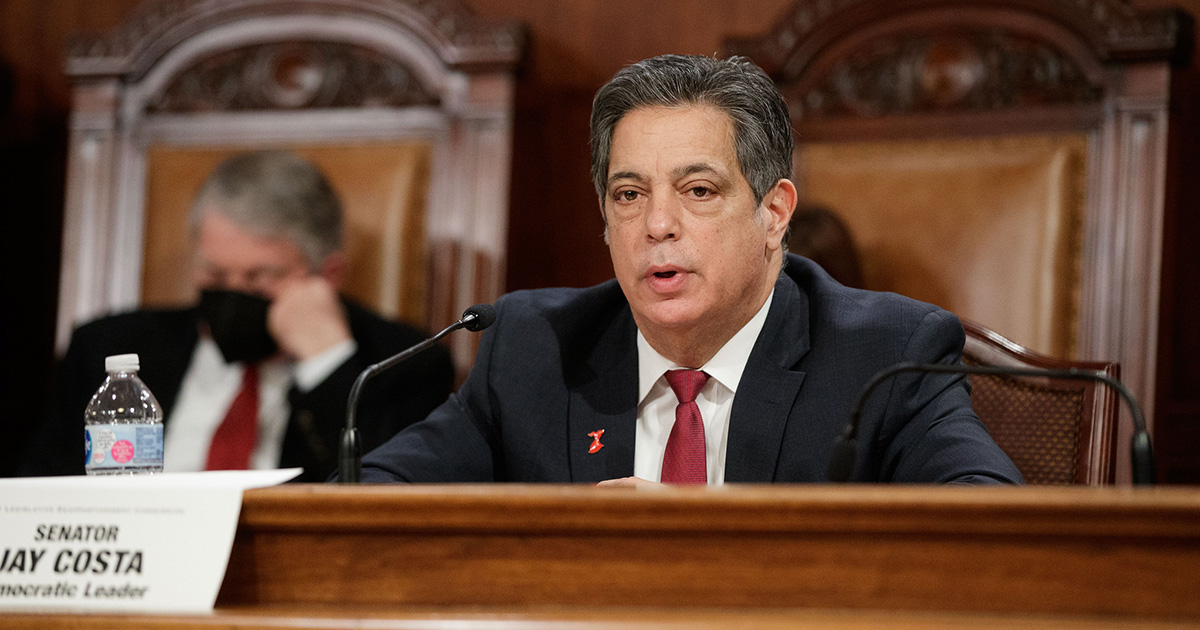 The final vote of the Commission was 4 to 1 in support, and the maps are adopted.

“I’m casting an affirmative vote today in support of these maps, and we can all be proud not only of the final product we have here today but also of the process we took to get here. If there’s no faith in the process, then there can be no faith in the maps. It was incumbent upon us to restore that faith, and I believe we’ve done that,” said Senator Costa. “This was one of the most fair, transparent and publicly engaging redistricting processes in the last 50 years. We set lofty goals when we began last year, and I think we reached most of them.”

Senator Costa’s priorities in this reapportionment process were:

This year, the LRC accepted publicly submitted maps and allowed testimony via Zoom to make the process more participatory than in the history of redistricting. There were 9 meetings, 6 hearings, 29 publicly submitted maps, testimony from 51 citizens and 29 experts that led to the creation of the preliminary maps that were presented in December of 2021.

“Public participation in this process is so important because these maps determine a decade of public representation,” said Senator Costa. “If your district isn’t fair or representative, it becomes very hard for folks to have their voices heard in Harrisburg and our legislature votes regularly on the issues that affect your every day life.”

Due to COVID related challenges, census data was delivered five months late which compressed the timeline for a preliminary map. Despite this, the Commission is submitting a map on schedule with the expected May primary for 2022.

“This was a challenging year, and redistricting is no small feat in a ‘normal’ timeline but I want to thank my fellow commission members, our chair and the staff that got us here today,” said Senator Costa.

For more information on each of the meetings, including testimony and video, please visit redistricting.state.pa.us.