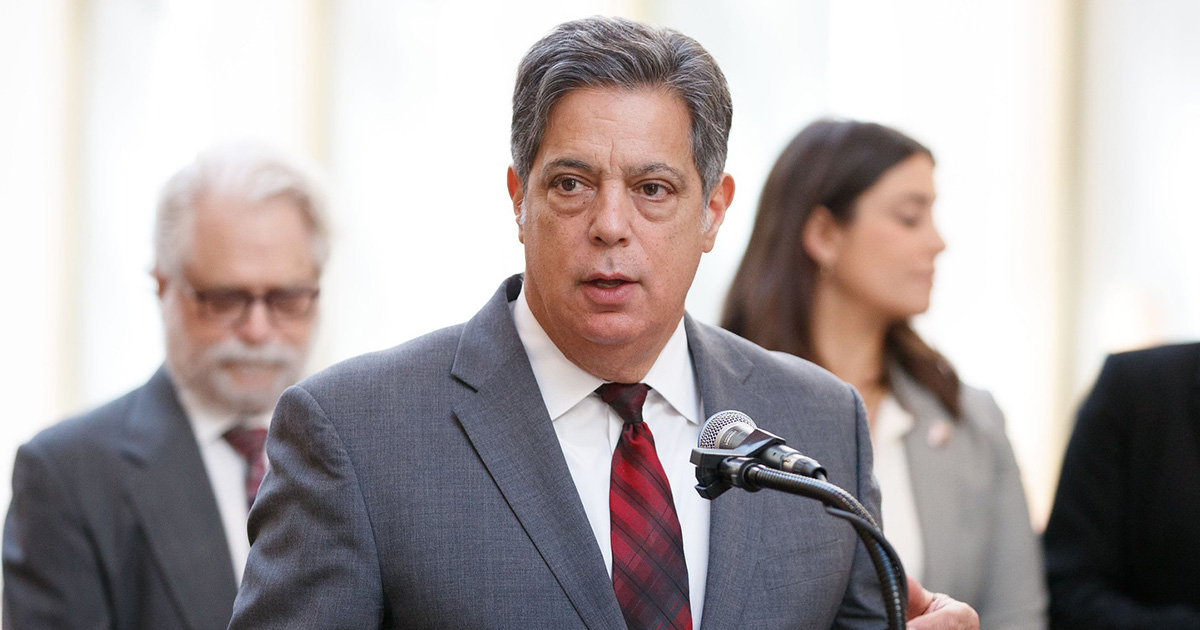 Harrisburg, PA – November 29, 2022 – Today, Senator Jay Costa forcefully opposed the vote on the package of impeachment resolutions that would govern the impeachment trial of District Attorney Larry Krasner on the grounds that carrying the proceedings over from the 2021-22 to the 2023-24 legislative session is unconstitutional.

November 30 marks the end of the 2021-22 Legislative session. The Constitution of the Commonwealth and the prior practice of the body are clear that any business before the Senate that has not been finally completed prior to midnight on November 30, 2022, ceases to exist.

“The package of impeachment resolutions adopted today will not survive tomorrow’s deadline,” said Senator Jay Costa, the Democratic Leader. “The conclusion that the rules resolution survives the expiration of session sine die violates the constitution and establishes a terrible precedent. There is no impeachment exception to the PA Constitution that pending matters carry over from one General Assembly to the next.”

“We cannot ignore that the current majority in the House of Representatives that sent us this impeachment resolution was voted out, and control of the chamber flipped from Republican to Democrat,” continued Senator Costa. “To proceed with this trial would undermine the voice of the people of this commonwealth, who voted just weeks ago to send new representatives to the halls of power.”

Based on the clear constitutional language of Article II, sections 2, 3 and 4, the undisputable conclusion is that the Articles of Impeachment, as well as the package of impeachment resolutions discussed today, expire and cease to have any effect after November 30, 2022.