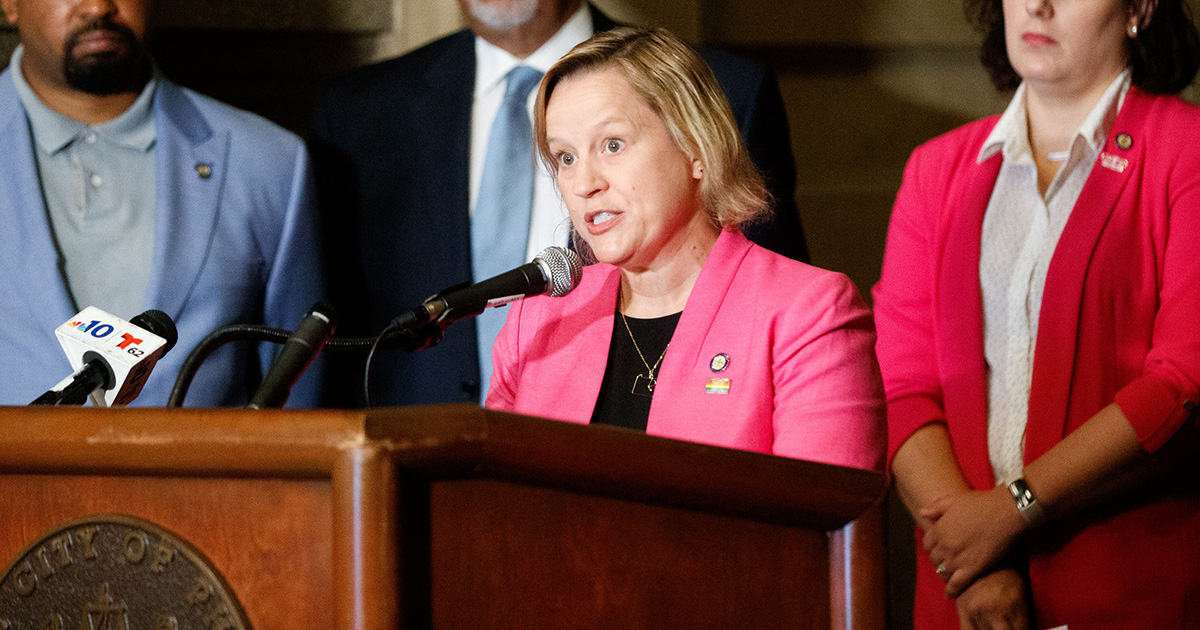 “While this decision was expected, it is no less devastating. After nearly 50 years of legal precedent, we are seeing nothing less than a rollback of our fundamental rights to bodily autonomy. What’s next? Dobbs flat-out invites challenges of other hard-won rights – including the right to access contraception and the right to marry whomever you love, regardless of their race or gender. And while today it is the so-called “Left” that’s reeling, this decision has the potential to impact rights like the right to refuse vaccinations and the right to home-school one’s children.”

“Make no mistake, today’s decision is not about protecting children, it is about controlling and subjugating women. Overturning Roe will most deeply affect those who already vulnerable, adding unnecessary and insurmountable hurdles that will put them and keep them in poverty. We know that abortions provided under unsafe conditions and by untrained providers lead to high rates of maternal mortality. And we know that children born into families that are ill-equipped and unprepared to care for them are more likely to be victims of extreme poverty, neglect, and abuse.”

“With Roe overturned, the Republican-led, mostly male Pennsylvania legislature has been handed control of women’s most personal and fundamental right, the right to self-determination. Within minutes of the Dobbs decision’s publication, the Senate Majority Leader doubled down on her party’s extremist plan to bypass the legislative process and pass SB 956, which would amend the Pennsylvania Constitution to specifically state there is no right to an abortion. They are chomping at the bit to enact a total ban on abortions in Pennsylvania, callously disregarding the fact that more than 53% percent of Pennsylvanians support at least some abortion rights.

“Now more than ever, the people we send to Harrisburg are our last line of defense. We need elected officials at every level of government to commit to protecting and expanding all forms of healthcare across our Commonwealth, not eliminating it. Ensuring safe, legal, and accessible reproductive care for everyone, regardless of their income level or other social barriers, is good public policy, and I will NEVER stop fighting to make sure women can control their own medical decisions in Pennsylvania.”