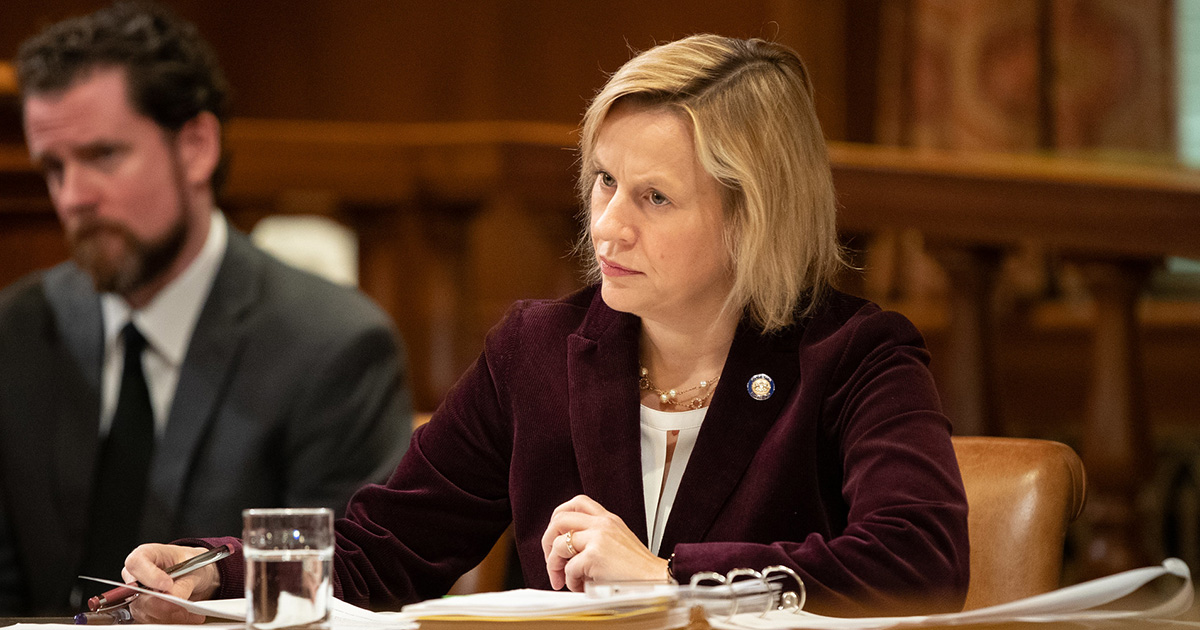 “Pennsylvania can and should make its elections more transparent to assure voters that they are secure and free from fraud, but we must do so in a way that does not sacrifice accessibility or infringe on citizens’ sacred right to vote. Unfortunately, House Bill 1300 fails to meet that standard,” said Senator Collett.

HB 1300, which Governor Wolf has pledged to veto, would make it more difficult for Pennsylvanians to vote by:

During a State Government Committee meeting this week, Senator Collett questioned the bill’s author, Representative Seth Grove (R-York), about the potentially disastrous effects the new signature verification process could have on older and disabled Pennsylvanians. If the bill’s proposed artificial intelligence system for signature matching says with less than 50% certainty that your signature matches the one on file, your ballot will be set aside. If you do not cure your ballot and confirm your identity by 8 PM on Election Day, a process that includes at least in some instances obtaining a doctor’s note and for which HB 1300 sets forth no window, your ballot will not be counted. “For many of these folks, it can be difficult to find the time and transportation necessary to get to the polls in the first place,” Senator Collett argued. “Instead of adding new hurdles, we should be finding ways to improve accessibility at the polls.”

According to Senator Collett: “The message being delivered by this bill’s supporters that it won’t make it any harder for law-abiding people to vote ignores so many of us and our family members. For example, the bill’s proposed signature match and capture process, using untested technology, will undoubtedly make it harder for, if not completely disenfranchise, already-vulnerable voters whose signatures are prone to inconsistency or have recently changed due to age, disability, illness, or injury. ”

“Moreover, HB 1300 is heavily reliant upon new technology unfamiliar to our counties, technology that will be collecting an unspecified number of personally identifiable data points for Pennsylvania’s voters. As one of the Chairs of the Senate Aging & Youth Committee, I know what a serious threat identity theft poses to Pennsylvania’s seniors in particular,” explained Senator Collett. “As such, it is disappointing and dangerous that HB 1300 fails to put in place definitions, guidelines, and most importantly provisions to protect Pennsylvanians’ information in the event of a data breach or failure of technology.”

Senator Collett added: “Let’s not forget that Governor Wolf has pledged to veto HB 1300. So once again, instead of addressing the many urgent and important issues facing Pennsylvanians on which this legislature has the potential to find common ground and make meaningful change, we are trapped in a game of political theatre.”