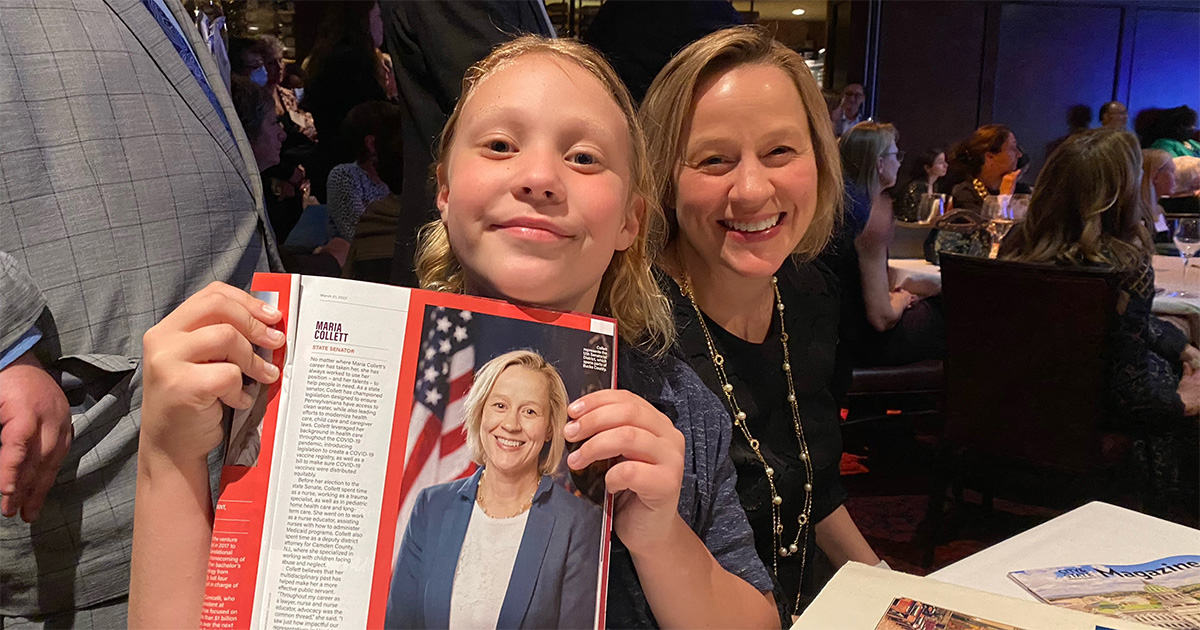 Lower Gwynedd, Pa. − March 23, 2022 − Last night, Senator Maria Collett (D-12 Montgomery/Bucks) was honored by City & State PA  during the award ceremony for its first-ever Above & Beyond list. Released during Women’s History Month, the list recognizes 40 Pennsylvania women who have gone above and beyond to make a difference in their respective fields.

“I’m honored to be included among such an impressive group of women on City & State PA’s Above & Beyond list,” said Senator Collett. “It’s my privilege to advocate on behalf of my constituents – whether it’s introducing legislation, lobbying for funding for district projects, or putting my nursing skills to use at vaccination clinics.”

On Tuesday, March 22, City & State PA held their 2022 Above & Beyond Event in Philadelphia to recognize honorees. Senator Collett was a featured speaker at the event alongside Philadelphia Controller Rebecca Rhynhart, Harrisburg Mayor Wanda Williams and House Minority Leader Joanna McClinton.

In their article, City & State wrote: “No matter where Maria Collett’s career has taken her, she has always worked to use her position – and her talents – to help people in need. As a state senator, Collett has championed legislation designed to ensure Pennsylvanians have access to clean water, while also leading efforts to modernize health care, child care and caregiver laws.”

The full list of 2022 Above & Beyond awardees can be found here.