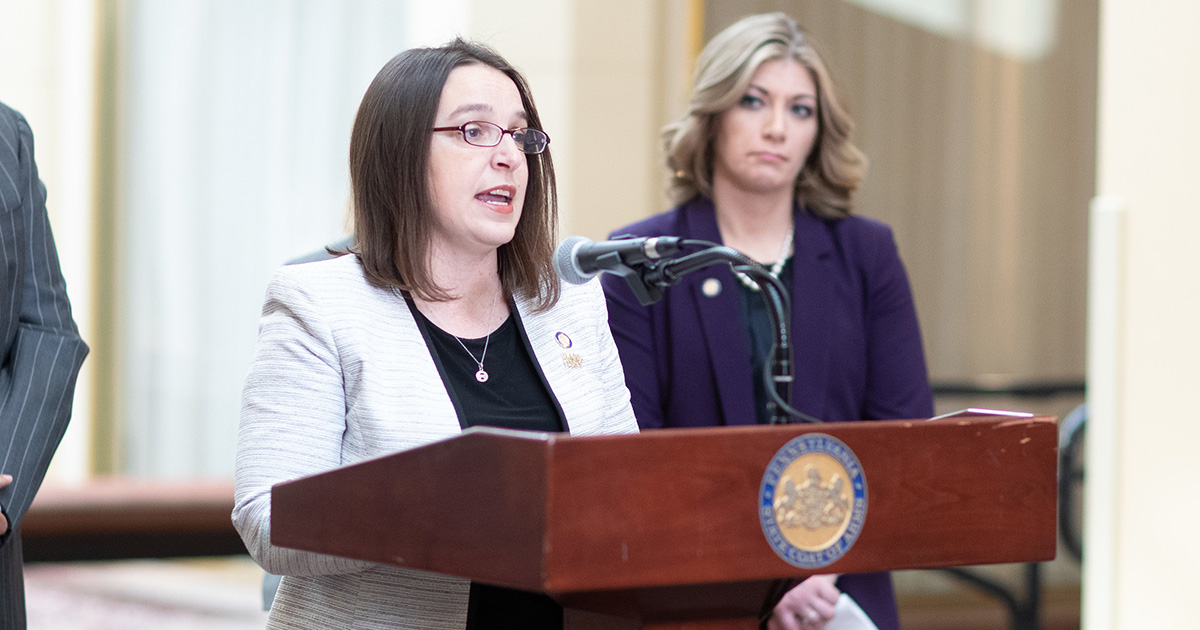 Under Senate procedures, operating rules for the new Session have historically been adopted by Unanimous Consent Resolution (UCR), which are not required to receive a bill number and be pre-filed with the Legislative Data Processing Center (LDPC) and made publicly available. Senate Majority Leader Kim Ward (R-Westmoreland) offered the Republican version of these rules. Because this text was not made readily available prior to the vote and is, as of the time of this release, still not readily available online, Senator Williams requested that a summary of the changes to the rules be read into the record for the benefit of the public and the Senators voting on the resolution.

Senator Muth requested that Senator Ward stand for interrogation and answer questions about the contents of this resolution; however Senator Ward refused to do so, stating that the rules had been worked out between leadership and the caucus attorneys. Muth countered, stating that this was a baseless claim. “I was not part of any negotiations.  Many drafts were circulated that were not distributed to all of the members in both chambers.  My request to interrogate the Majority Leader on her proposed operating rules resolution was to seek clarity on various sections that were unclear and not thoroughly explained.”

“The Rules we adopted are nowhere near the operating rules in other states,” said Senator Williams. “Instead, the rules in this chamber are drafted to benefit those in the Majority Party. I’m routinely asked by constituents why legislation that they support isn’t moving. The reality is that the current rules maintain the status quo of concentrating power in the hands of a few. Today, those few refused to seat the duly elected Senator Jim Brewster in the 45th District. Any rule that silences the voices of our constituents is voter suppression by another name.”

Senator Muth then introduced a Resolution which would have established alternative Rules for the 2021-22 Senate Session. Highlights of changes from rules of recent Sessions contained in this Resolution include:

Instead of voting on this resolution, Senate Republicans referred this Resolution to the Rules Committee, where it will likely never see a hearing or vote. No other Rules Resolution was subjected to this procedure, only the one offered by Senate Democrats.  Muth and Williams spent the last month working on the proposed changes within their operating rules resolution and communicated with both caucuses’ leadership and legal staff.  The majority party did not include any of the proposed changes requested by Senator Williams and Senator Muth.

Following the rejection of these rules by Senate Republicans, members of the Senate Democratic Caucus plan to introduce each of these reforms as stand-alone legislation to emphasize the desperate need for rules reform to protect and advance the democratic process and improve transparency.