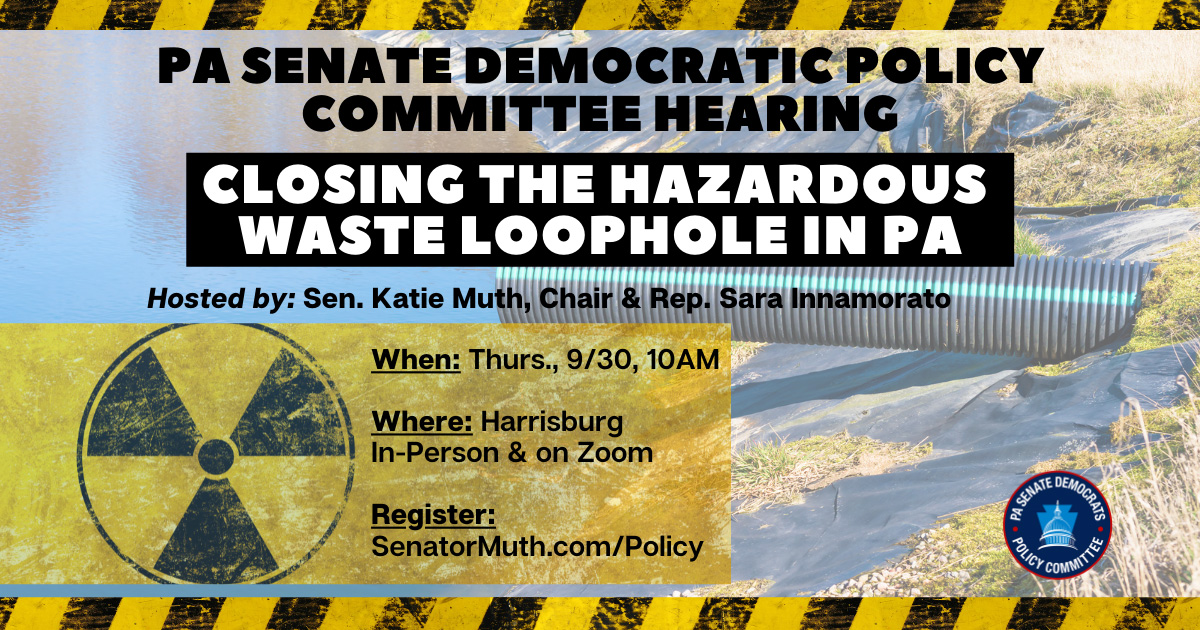 “Closing the hazardous waste loopholes in PA would prioritize the health of our citizens, workers, and environment over companies who make billions of dollars from our communities’ natural resources,” Muth said. “This hearing will highlight our legislation that will make these necessary changes to law that will protect our environment, our drinking water and the health of our communities.”

“Pennsylvanians should not be exposed to radioactivity from oil and gas waste in their drinking water, but under current law, radioactive waste is shuffled untracked from the oil and gas industry into our water sources,” Rep. Innamorato said. “I’ve heard heartbreaking stories from families that have borne the brunt of exposure to radioactivity because of the hazardous waste loophole. The problem will only get worse until we in the state legislature act.”

The hearing will also be live-streamed at SenatorMuth.com/Policy and the PA Senate Democratic Caucus Facebook page.