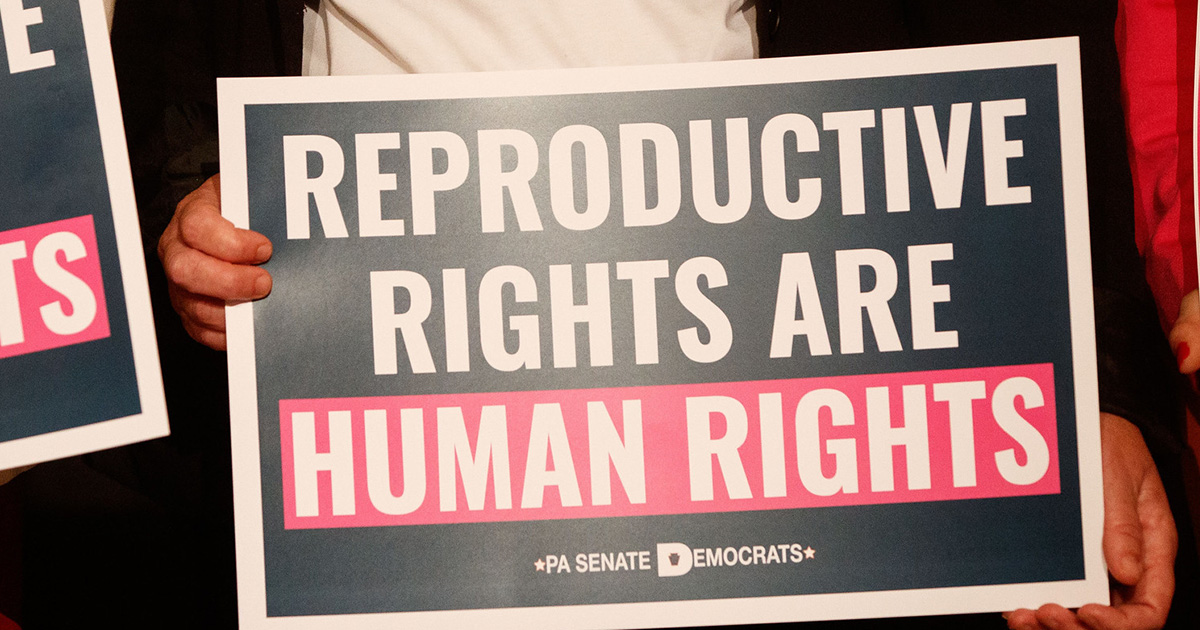 HARRISBURG, June 27, 2022 − Seven members of the Pennsylvania Senate Democratic Caucus circulated a memo on Friday afternoon to take steps to codify into state law the personal right to make decisions about health and reproduction, including access to safe and legal abortions.

“The Supreme Court decision handed down on Friday was not made in the interest of the people and shows that the highest court in our nation has a majority that is being run by harmful right wing special interests,” Muth said. “If we cannot trust the Court to protect the rights of Pennsylvanians, then it is up to us in the state legislature to defend our rights to make decisions about our own bodies. We cannot and we will never back down in the fight to protect our rights, our bodies, and our right to choice.”

The legislation comes on the heels of the devastating ruling handed down by a partisan Supreme Court on Friday that overturned the 1973 Roe v Wade ruling and eliminates the constitutional right to an abortion after almost 50 years.

“Codifying Roe will go a long way to protect the right to determine our own bodily autonomy here in the Commonwealth. Currently, the right to make decisions about our own bodies is under threat because extremists refuse to accept the reality that abortion is a necessary and vital health care procedure,” Cappelletti said. “We must do all that we can to protect and even expand access, and this legislation is the first step to doing so.”

In 1973, the U.S. Supreme Court ruled in Roe v. Wade that abortion rights being left to the individual states was a violation of the right to privacy and equal protection under the law. This ruling had provided American women the reproductive freedoms and personal health choices they deserve as equal citizens.

“Last week’s Supreme Court ruling took away the federal right for millions of Americans to seek life-saving reproductive healthcare. Abortion is only legal in Pennsylvania right now because the anti-choice bills run by Republicans in the legislature have been vetoed by the governor. The time is now to codify Roe into state law to ensure that reproductive healthcare remains safe and accessible for future generations,” Williams added. “Deciding if, when, and with whom to start or grow a family is a human right. I trust people to make the best decisions about their lives, families and their healthcare. This legislation is about our right to privacy and our right to bodily autonomy and I am proud to support it.”

In the dissenting opinion filed on Friday, Supreme Court Justice Stephen Breyer wrote that “withdrawing a woman’s right to choose whether to continue a pregnancy does not mean that no choice is being made. It means that a majority of today’s Court has wrenched this choice from women and given it to the States. To allow a State to exert control over one of “the most intimate and personal choices” a woman may make is not only to affect the course of her life, monumental as those effects might be.”

“After nearly 50 years of legal precedent, we are seeing nothing less than a rollback of our fundamental rights to bodily autonomy. This ruling could be devastating to Pennsylvanians, but it does not have to be,” Collett added. “Our legislature must codify Roe v. Wade and ensure safe, legal, and accessible reproductive care for everyone, regardless of their income level or other social barriers.”

According to April 2022 polling done by Franklin & Marshall College, which has regularly polled on the issue since 2009, only 16 percent of Pennsylvanians believe that abortion should be illegal in all circumstances.

“Without Roe, state legislatures across the country will be lining up to restrict, ban or protect abortion access. Given that only 30% of Pennsylvanians agree with the overturning of Roe, I believe this legislation will do what our constituents expect us to do – protect access to abortion,” Schwank said. “We can’t allow the people of this commonwealth’s personal health care decisions to be made by a vocal minority.”

The Senators all agree that it is up to the legislature to step up and take action to protect women’s freedom of choice.

“While abortion currently remains safe and legal in Pennsylvania, we must take steps to keep it that way. In overturning Roe v. Wade, the Supreme Court showed just how fragile protections for women’s health, women’s rights, and women’s choice are,” Comitta said. “Codifying these protections into law is a matter of representing the majority of Pennsylvania voters who believe abortion should be legal, standing up for all women, and saying no to an extremist agenda of government-mandated pregnancy.”

The Senators indicated that language is currently being drafted to codify the protections of the 1973 Roe v Wade ruling into Pennsylvania law and that it will be introduced soon.

“We just witnessed an unprecedented repeal of the rights of women in America by activist justices acting against the interest of the majority of Americans. Pennsylvania’s legislature needs to act now to ensure we protect the rights of women here in Pennsylvania,” Tartaglione said. “This legislation will ensure women retain the right to safe abortions and protects women from having the government interfere in the private decision-making process between her and her healthcare team.”

Click here to read the co-sponsorship memo that was circulated on Friday.