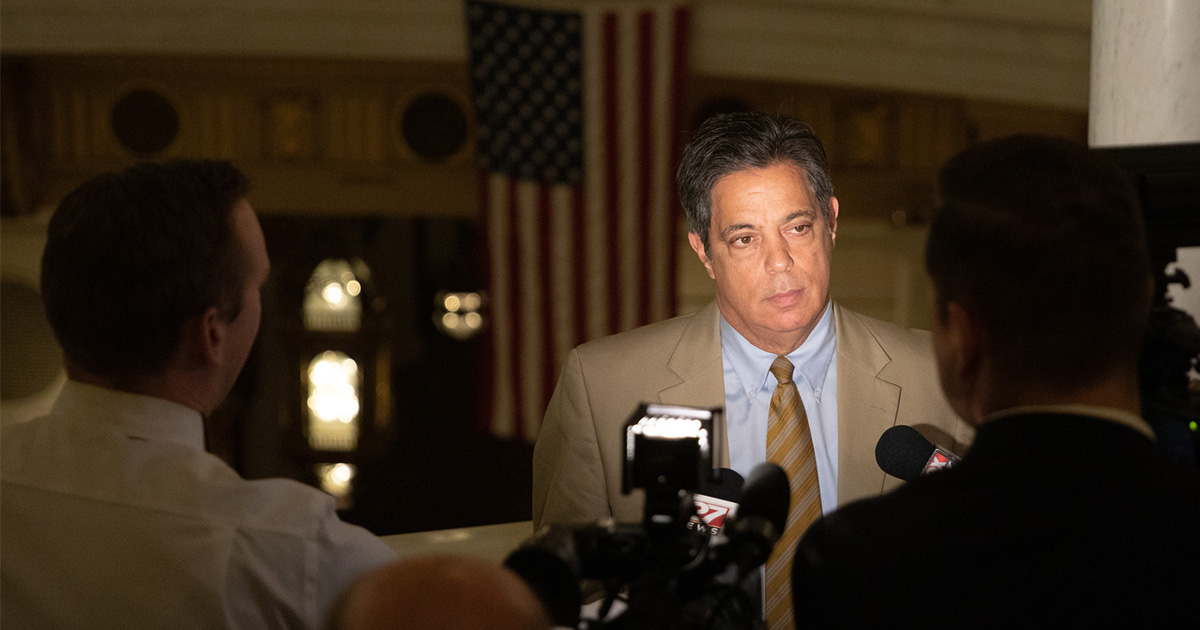 “As we find our nation amid another senseless tragedy at the hands of gun violence, our hearts are broken as parents, siblings, families and friends suffer the unimaginable task of grieving the loss of 19 precious children. It is always difficult to say a premature goodbye to a loved one, but the circumstance that these families have been dealt is unfathomable to most of us.

My hope for the children who survived the shooting is that they may find peace and comfort someplace within the darkness of this gruesome act of violence to which no child should ever have to bear witness. Our youth should never have to endure the terror of watching a gunman invade the safe space of their school, witness the massacre of their classmates, and be burdened with this trauma.

We find ourselves in this endless cycle of watching in horror as mass shootings play out across our nation. To date, the total number of mass shootings in America during 2022 alone is 215.  It was just nine days ago that a grocery store in Buffalo was the 198th violent gun attack, followed by one of the most violence weekends throughout the country. And then life goes on without any action. The silence is deafening once more.

I am calling on my colleagues in the General Assembly to act. While I believe this issue is best addressed at the federal level to ensure uniformity from state to state, partisan deadlock in Washington always blocks deliberation. The US Senate’s failure to do their job and advance commonsense safety measures is why it’s upon us to do what’s right for the health, safety, and welfare of our citizens.

We are well past time for the Republican majority to come together with us. Even after this nightmare came to pass in our own backyard at the Tree of Life Synagogue, there were thoughts, but no progress. Prayers, but no action.

For those who might predictably say that we are politicizing a tragedy – particularly fellow elected officials – we say that your inaction and resistance to improvements in our laws is politics at its very worst. No one seeks or wishes to infringe upon any law-abiding citizens’ rights. The perpetrators of gun violence on our communities are the ones who infringe upon the constitutionally protected rights of the victims. And keep in mind our Declaration of Independence. Life, liberty, and the pursuit of happiness are three examples of our unalienable rights which governments were created to protect. To continue to sit by and do nothing is a dereliction of duty. It is ignoring our most fundamental responsibility to our citizens.

Our constituents deserve much more than ignorance and complicity. We oftentimes call for lawmakers to be courageous in the wake of these shootings. Doing what’s right to address what has become a public health and safety crisis is not exactly courageous. It’s just the right thing to do. Working to secure the safety of our people is not a divisive issue. It’s why we were elected to serve.

We cannot let the aftermath of this event become another stain on our nation. And that starts right here at home in Pennsylvania. We owe it to the victims of this latest tragedy and all those before it. We owe it to their families and friends. We owe it to their neighbors and congregations. In their names, we must come together to protect others from their own fate. Senate Democrats stand ready to get to work immediately.”