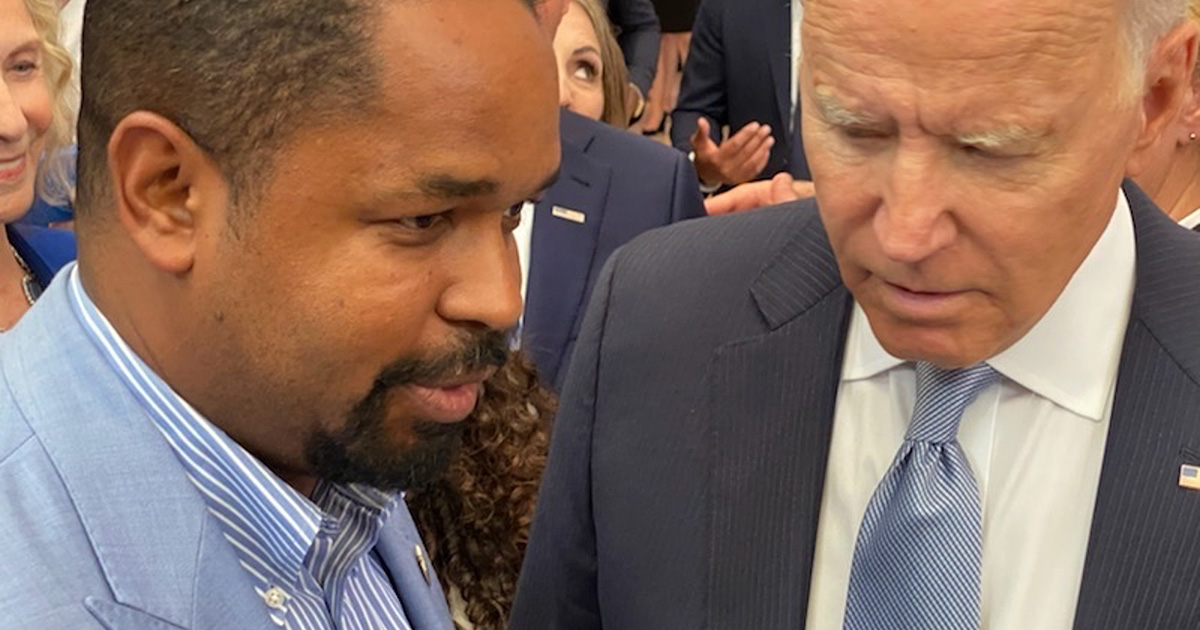 Philadelphia, PA − January 11, 2022 − Today President Biden forcefully advocated for protecting the foundation of American democracy, the right to vote and have that vote counted in a free, fair, and secure election free from partisan manipulation.  He stood in the courtyard of my alma mater, Morehouse College, a place steeped in civil rights history, in the Atlanta University Center Consortium and called on Congress to pass the John Lewis Voting Rights Act and the Freedom to Vote Act even if we must end the filibuster to do it.

In a few days our nation will celebrate the life and work of the late Dr. Martin Luther King Jr., whose most critical victory in his fight for civil rights was the passage of the Voting Rights Act of 1965, which has been systemically weakened by the Supreme Court of the United States for more than a decade. We truly honor Dr. King by walking in his legacy, practicing what he preached and finishing the fight for civil rights that each generation must endure until it is done. Those days are not over.

The new Jim Crow is the old Jim Crow. It is about stopping people of color, especially black and brown folks from casting a vote or having their voices counted. I’ve seen it as Democratic Chair of both the Special Committee on Elections and State Government Committee in the Pennsylvania Senate.  I have witnessed it as an attorney and black man in America.  It is the very thing Dr. King called out, the doctrines of “interposition and nullification” in his “I Have A Dream” speech, processes advanced by George Wallace, the segregationist Governor of Alabama, to nullify the votes of black and brown people by bringing the state between the people, their duly cast ballots and the election’s result. This is what occurred on January 6th when insurrectionists, the progeny of the civil rights era segregationists, rioted in our nation’s capital to violently overturn the duly elected victory of President Biden. The 2020 General Election saw record minority participation across our nation.

We cannot ignore a moment in history that will define America for generations to come.  Passage of the John Lewis Voting Rights Act is the reauthorization of the 1965 Civil Rights Act.  The Freedom to Vote Act assures a fair elections process throughout our country. I applaud President Biden’s call for changing US Senate rules to ensure the passage of these critical pieces of legislation to defend democracy by protecting the right to vote, and have that vote count in free, fair, and secure elections for all Americans.