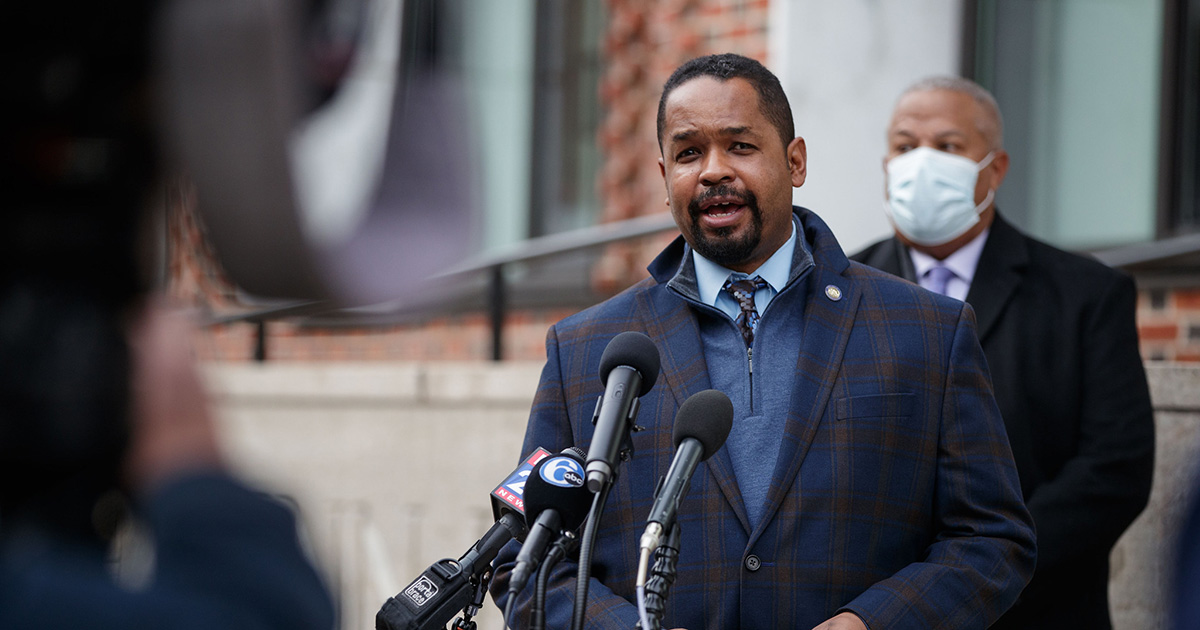 PHILADELPHIA, July 5, 2022 – Senator Sharif Street released the following statement in reference to police officers being struck by gunfire during July 4th celebrations at the Welcome to America Festival on Benjamin Franklin Parkway in Philadelphia.

“Only a year ago on July 4th our family lost Lala, Salahaldin Mahmoud, to a mass shooting in Philadelphia. It is disheartening to see another July 4th celebration in Philadelphia marred by gun violence where two police officers were wounded on Benjamin Franklin Parkway. I am grateful to our first responders who continue to respond to the rising levels of violence.

We all have a moral responsibility to do more, but government has a constitutional mandate to keep communities across our Commonwealth safe.

We must invest in the things we know work. We can fund pre-responders in our communities who often settle disputes before they turn deadly through conflict resolution, trauma informed care and social services. We can ensure enough people are employed to do this critical work. We can invest in things that positively engage youth, now, not later. These include apprenticeship programs, sports leagues, and post-secondary education. We can pass common-sense laws like closing the ghost-gun and straw purchaser loopholes and mandate lost and stolen reporting to reduce the incredible volume of firearms flooding our communities. We can institute Red-flag laws to keep guns out of the hands of those who don’t have the temperament to wield them.

It is unconscionable for the PA General Assembly, which has failed to pass a budget on time, to stockpile billions in Harrisburg during a crisis that continues to destroy the lives of Pennsylvanians every single day. It is a dereliction of duty to ignore over a dozen of bills that would immediately impact the flow of guns on our streets. These are deliberate acts of indifference that have deadly consequences.

The right to live free from violence is a cornerstone of any civilized society. Our communities are exhausted and deserve better. Prayers and condolences will remain empty rhetoric until government takes the necessary steps to meet our most basic responsibility, protecting the communities we serve.”