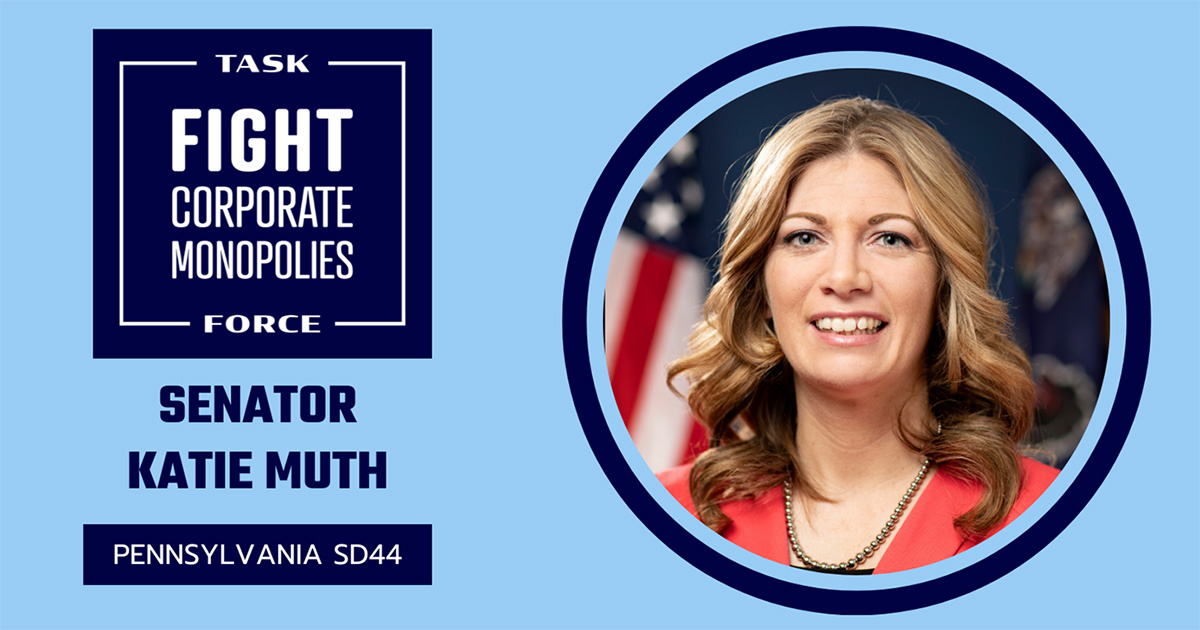 This session, Senator Muth has introduced various bills that would protect Pennsylvanians from consolidated corporate power, including recent legislation to enhance transparency in hospital acquisitions and provide consumers with price transparency for any medical services provided. Muth is also the prime sponsor of legislation that would address price fixing and protect small businesses and consumers. Senator Muth also serves as a trustee on the Pennsylvania Public School Employees’ Retirement System (PSERS) where she has consistently fought to protect teachers and taxpayers from harmful private equity investments and for increased transparency in investments.

“The movement to dismantle the power of corporate monopolies is being led at the state level. The task force provides a real time check on the same corporations that are price gouging working people, profiteering while workers suffer, and making backdoor deals on taxpayers’ dime,” said Helen Brosnan, Executive Director of Fight Corporate Monopolies. “Their efforts reflect constituents’ concerns about the control and power corporations have over our economy and democracy. We’re proud to work with a coalition of legislative champions who are taking on bold policy fights to challenge corruption and corporate power at the root. We hope other state and local leaders continue to join their efforts.”

“State governments have a long history of challenging corporations in order to protect their states’ workers, local businesses, and communities from the harms of consolidated economic power, and those efforts are continuing todays thanks to these great champions,” said Pat Garofalo, Director of State and Local Policy at Fight Corporate Monopolies. “The members of this task force have proven they’re willing to take on the toughest fights against the country’s largest corporations. They’re providing an example that elected leaders all across the country can and should follow.”