Sen. Muth Joins Advocates and Governor to Call for End to Conversion Abuse 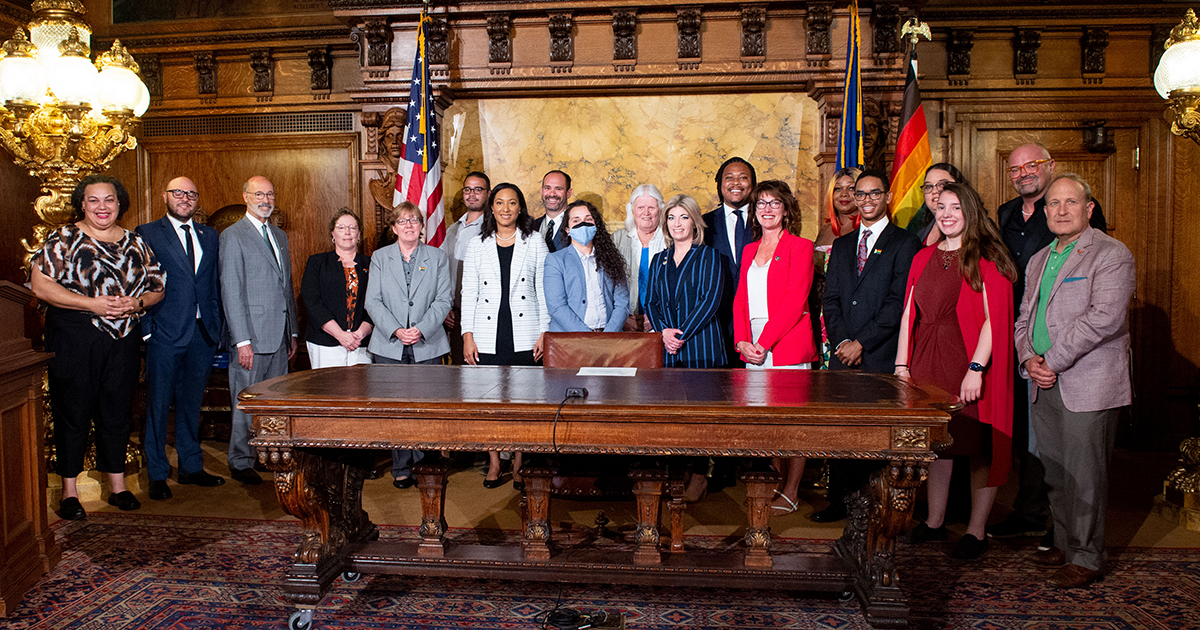 “The Executive Order signed today is an important first step, and I want to thank Rep. Brian Sims for leading on this issue for many years, and for introducing me to the changemakers at the Trevor Project.  Because of their advocacy, the public awareness around this pseudoscience-based and harmful practice is growing and those perpetuating it are being called out. “Conversion therapy” is really “conversion abuse” and should be illegal because it is a form of mental, emotional, and even physical abuse to a person’s health and well-being,” Muth, co-chair of the LGBTQ+ Equality Caucus, said. “It is time for the Majority Party in Harrisburg to use their power to pass legislation that makes this form of abuse illegal in our Commonwealth. This is not political, this is about protecting children and ending hate and bigotry in Pennsylvania.”

The Executive Order signed by the Governor today directs Commonwealth agencies to take steps to actively promote evidence-based best practices for LGBTQIA+ individuals that is actually supported by the scientific and medical communities. It directs agencies to make updates to policies and procedures to better support LGBTQIA+ employees and the Pennsylvanians they serve. It also directs the Department of Human Services, the Insurance Department and Department of State and other appropriate agencies to explore and implement all options to ensure state funds, programs, contracts, and other resources are not used for the purposes of providing, authorizing, endorsing, reimbursing for, or referring for conversion therapy, to the extent permitted by law.