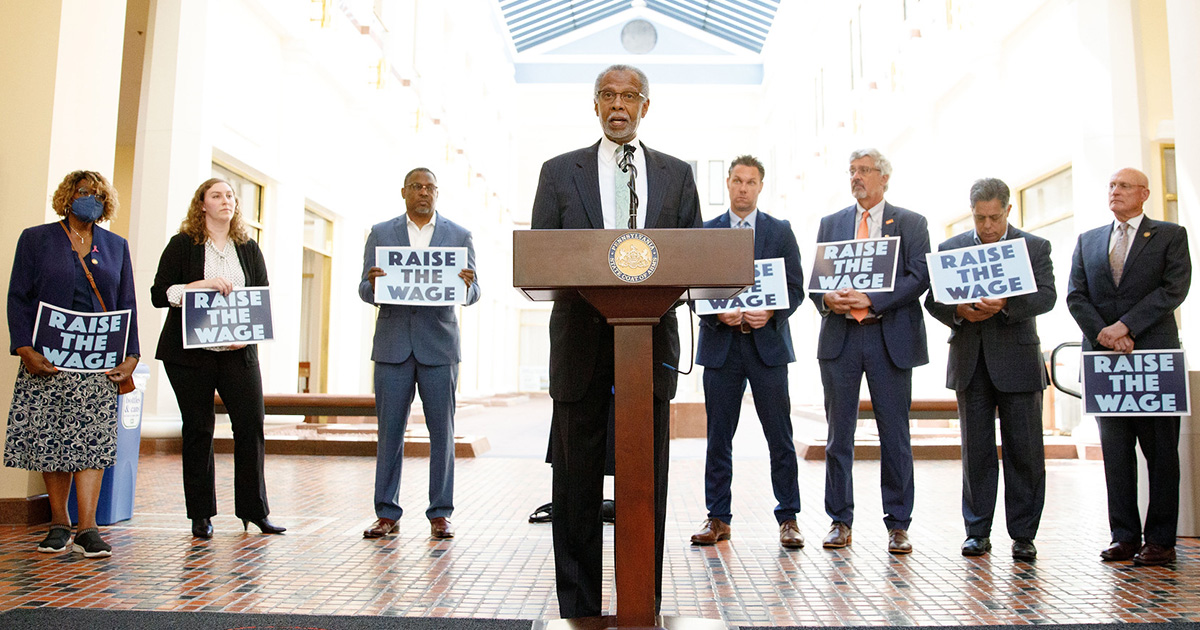 Pennsylvania’s minimum wage has remained stagnant for 13 years. The current minimum wage of $7.25 was put into effect in 2009 as a result of Federal guidelines.

Senator Haywood was joined by Representative Patty Kim, another active supporter of raising Pennsylvania’s minimum wage. “We have been saying all along that a higher minimum wage, a living wage, keeps people working. We have devalued our workers for so long, its not a coincidence we have a worker shortage. It’s time to raise the minimum wage,” said Rep. Kim.

Rep. Kim and Senator Tina Tartaglione have companion bills in the state House and Senate to raise the state’s minimum wage. Senate Bill 12 and House Bill 345 would implement substantive reform to current minimum wage law in the Commonwealth.

In a statement that was submitted by Senator Tartaglione and read at the press conference, she said, “It’s no secret inflation is hurting families across the country. But the inflation we are all seeing, and feeling is exponentially more impactful and hurtful to the hundreds of thousands of Pennsylvanians who are making at or near our poverty level minimum wage and haven’t had a raise from the Pa Legislature in 5,818 days.”

A full video of the press conference is available online.