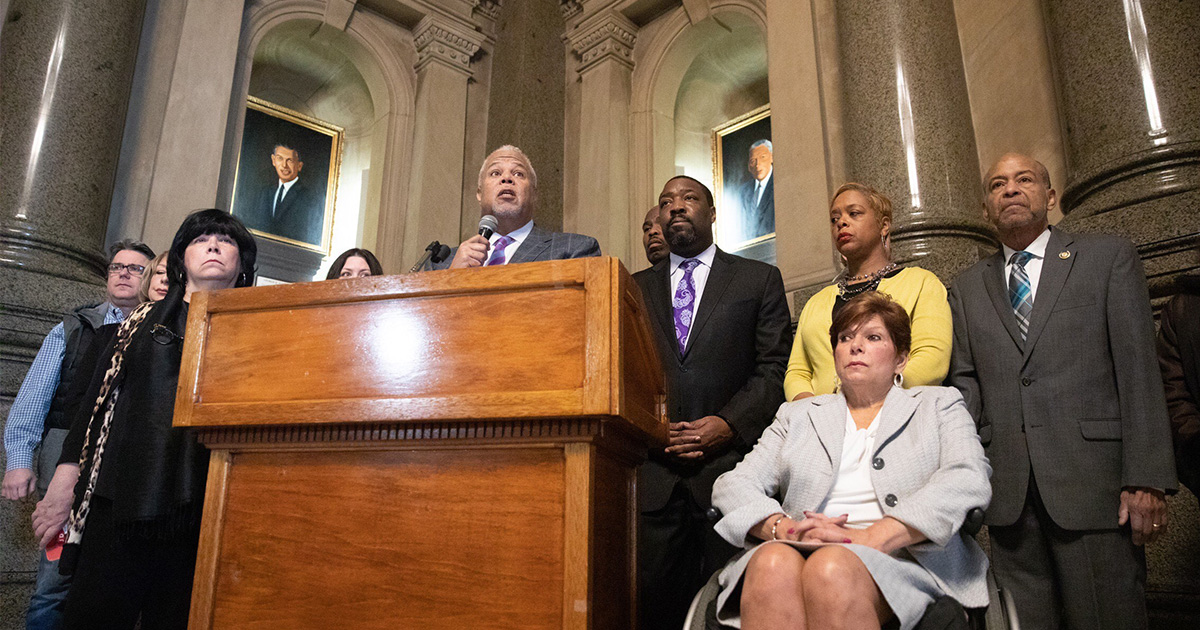 Philadelphia – March 3, 2020 – Sen. Anthony H. Williams (D- Delaware/Philadelphia) was joined by a number of elected officials in Philadelphia yesterday at a press conference to stand against the opening of a supervised injection site in the city without community input.

“I am proud to stand with state and local elected officials in support of transparency and community empowerment. Supervised injection sites remain a controversial topic in Philadelphia. If we are to lead the nation in this effort, we must do all we can to ensure that information is readily available,” Williams said.

“I have introduced Senate Bill 933 along with Senator Christine Tartaglione to ensure that supervised injection sites in the future cannot be opened without input from local communities and local governments. If we’ve learned anything from the events of the past week, it is that government cannot happen to the people, but with the people,” Williams said.

Senate Bill 933 would require three public input hearings before any decisions about a supervised injection site are made, would require the proposed facility maintain trained medical professionals for their facilities and would require that the facility submit a proactive and comprehensive community safety plan developed alongside local law enforcement.

“I was appalled by Safehouse’s total disregard for the community and lack of transparency that precipitated its surprise announcement about the proposed South Philadelphia injection site. To be clear, I fundamentally oppose supervised injection sites in my district or anywhere else in the Commonwealth. However, if the federal courts decide that we must accept these sites, then I fully support the community protections that would be established by Senate Bill 933,” Sen. Tina Tartaglione (D- Philadelphia) said at the press conference.