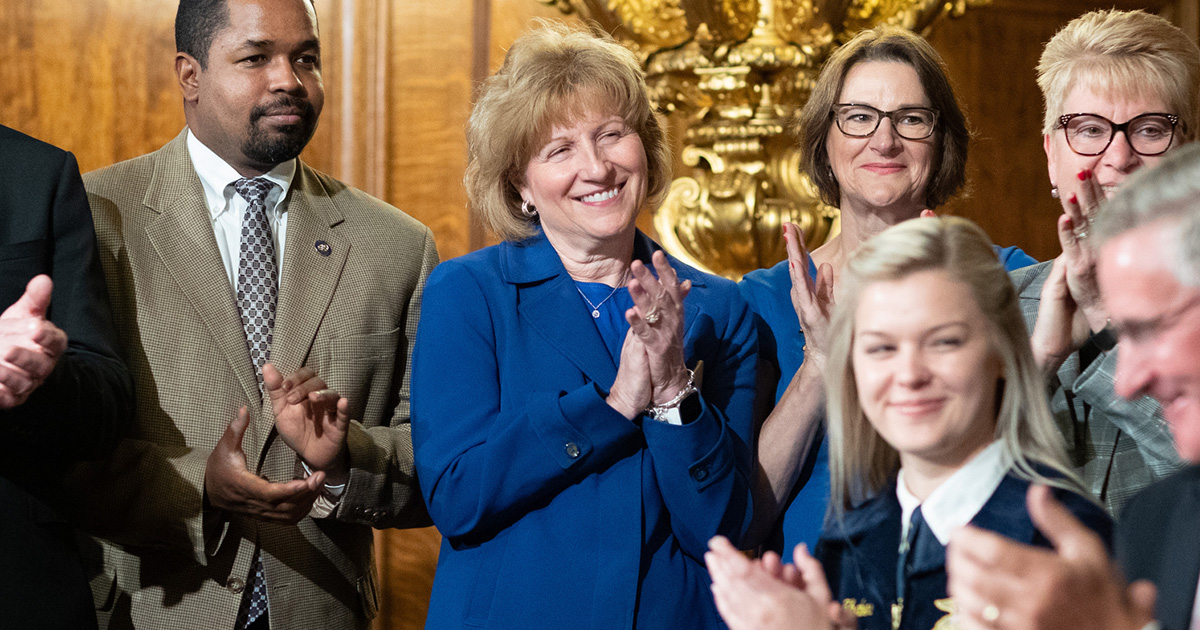 Harrisburg, October 30, 2019 – All Pennsylvania voters would be able to vote by mail under legislation approved Monday by the Pennsylvania Senate. The bill includes language proposed by Sen. Judy Schwank (D-11th district), who has been a leading advocate for “no-excuse” absentee voting for years.

Schwank said the expansion of absentee balloting to all voters is why she voted in favor of the bill, which makes numerous changes to the elections process. The language was approved by the State House of Representatives last week and now goes to Gov. Tom Wolf, who is expected to sign it promptly.

Under the bill, SB 421, a voting system that mirrors the current process for voters unable to vote in person on election day will be established, allowing any qualified voter to vote by absentee ballot without needing an excuse. The bill also extends the deadline to get mailed-in ballots to county voting offices until 8 p.m. on Election Day.

“Pennsylvania voters should have the same rights as voters in other states,” Schwank said. “The right to vote is a distinguishing characteristic of our democracy and the opportunity to exercise that right is something we must protect. SB 421 makes it easier for Pennsylvanians to vote by giving them the option to vote in the privacy of their own homes and removes the worry of an emergency keeping them from the polls on election day.”

“Voters shouldn’t have to hope that their plans to vote on election day aren’t foiled by unforeseeable or unexpected circumstances,” she said. “They shouldn’t have to choose between fulfilling their roles as citizens and meeting urgent demands for their time, attention and resources.”