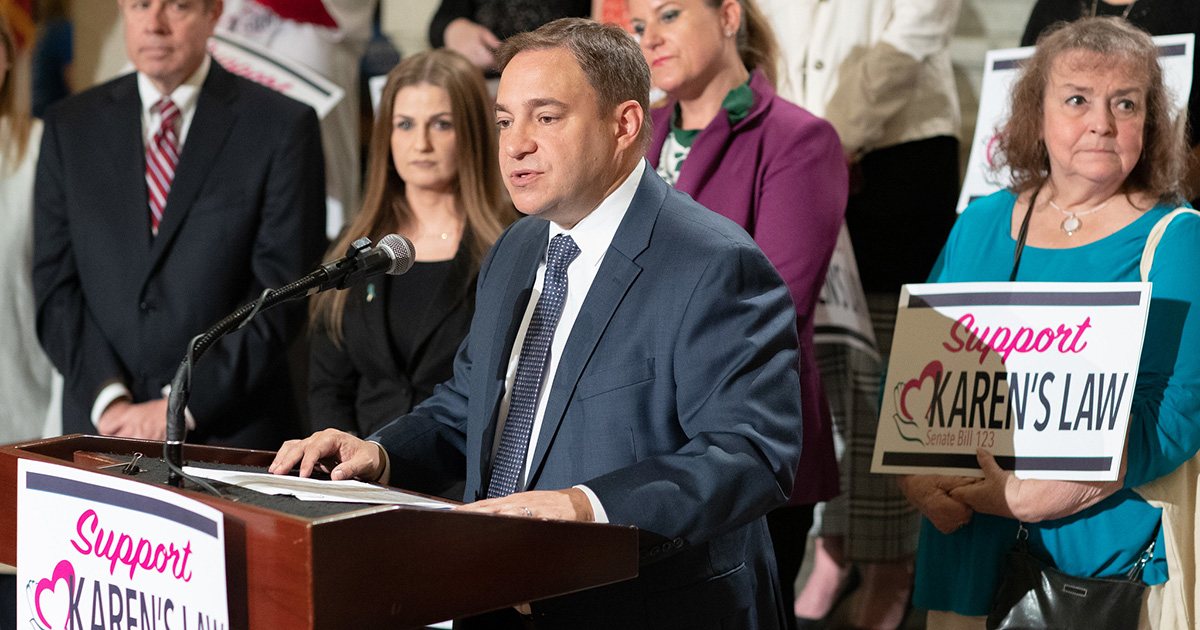 Harrisburg – November 18, 2020 − Senator John Sabatina (D-Philadelphia) announced his Karen’s Law legislation cleared its last hurdle in the General Assembly passing the House on concurrence by a vote of 168-33. The bill passed in the Senate 46-3 in October. It now goes to Governor Wolf’s desk to be signed into law. Wolf is expected to sign the bill.

Officially Karen’s Law will be passed as the House companion bill (HB-1538 – White). Sabatina agreed to this so as not to delay the process. In a show of bipartisanship, he pushed the companion bill through the Senate instead of waiting for his own Senate Bill to pass through the House.

“This is important legislation that survivors of sexually violent crimes so desperately need,” Sabatina said. “The most important thing was to get Karen’s Law to the Governor’s Desk before the close of the Session cycle, regardless of who sponsored it.”

Karen’s Law would affect parole application eligibility for inmates deemed Sexually Violent Predators or sentenced under one of the violent or sexual offenses listed in the legislation, allowing the Pennsylvania Board of Probation and Parole to increase the time between parole hearings from one year to three years.

“The fact that these survivors must be re-traumatized year after year just to make sure their attacker serves a full sentence is appalling,” Sabatina stated. “This law will provide a measure of relief for them. We owe them a great deal as they were brave enough to face their accusers in court in the first place. Our communities are safer as a result of their sacrifice.”

Sabatina first met Karen Widdoss-Milewski in 2017 when she came into his office to discuss her situation and the re-victimization she faced on an annual basis. He quickly introduced the legislation then. In 2019 State Rep. Martina White joined Sabatina in pushing for Karen’s Law, which accelerated the process with bipartisan and bicameral support.

“It goes to show the bi-partisan nature of this law,” Sabatina said. “It’s been a pleasure to have Representative White join us in this effort.”

Sabatina also expressed gratitude to the leadership in the House and Senate.

Governor Wolf is expected to sign this bill into law.