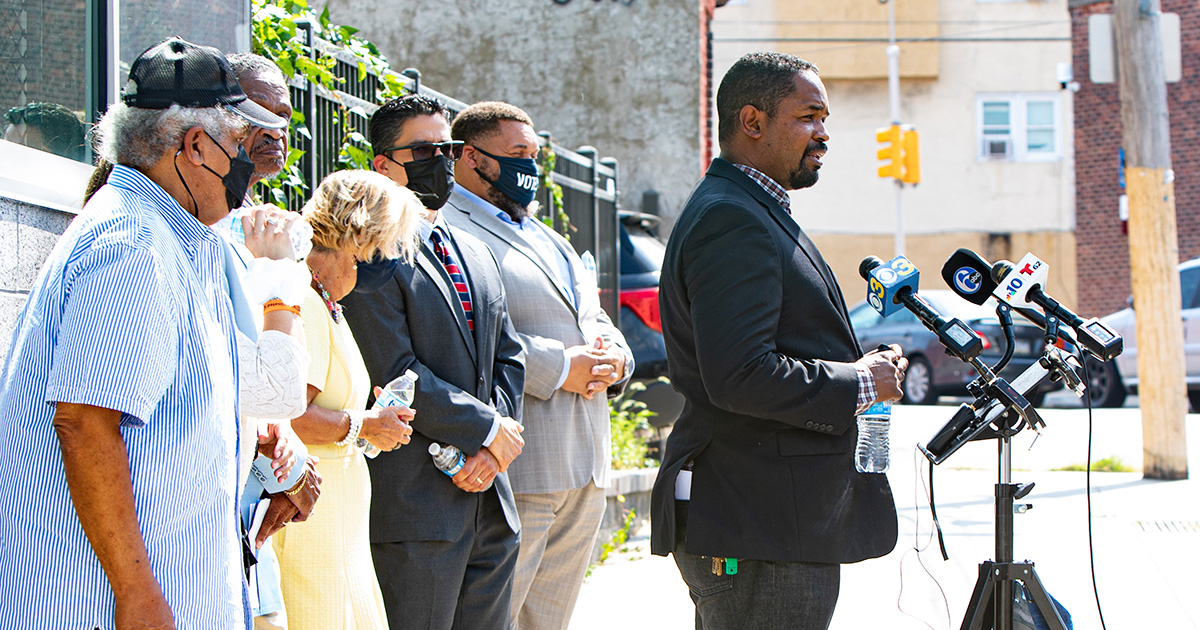 Reports of numerous majority black and brown communities with a vaccination rate of sub 50 percent as reported by the Philadelphia Department of Health. These include North Philadelphia, West Philadelphia, South Philadelphia, and Germantown. Other reports show 98% of the COVID-19-related deaths in Philadelphia this year have been among people who were not vaccinated.

Senator Street read reports of more than a dozen black and latino communities, many with less than 40% vaccination rates and stated “The vaccination rates for Blacks and Latinos are critically low. This is consistent both locally and nationally. In the beginning our seniors were the most affected. Now it is affecting our children. It was important enough to me, that I made sure my father and loved ones were vaccinated. We’re asking that you do the same. V”

John F. Street, former mayor of Philadelphia and father of Senator Street issued a call to action stating, “ Get vaccinated! I’ve been around long enough to remember when we didn’t have facilities like Esperanza Health Center in our neighborhoods or anyone at the Department of Health who spoke Spanish. We now have these resources. It is difficult for me to rationalize or understand why an adult in 2021 wouldn’t accept the responsibility to get themselves vaccinated. Less than 50% vaccination levels in so many communities of color doesn’t make any sense.”

Esperanza Health Center, COO Juan Perez echoed Mayor Street, “Since January, Esperanza Health Center has provided around 11,000 vaccinations to patients and community members. However, Black and Latino communities still lag in vaccinations, with less than 50% vaccination rates in majority black and brown communities in Philadelphia. We stand behind the benefits of the vaccine and its ability to provide health protection against the virus. We would love for those that have questions to come and speak to one of our community ambassadors or vaccine team to work through some of those concerns.”

Recent reports reveal that of 1,184 Philadelphians who have died from COVID-19 in 2021, 98.2 % were unvaccinated. Senator Street will continue to work with colleagues and trusted messengers to increase vaccination levels in communities across Philadelphia.