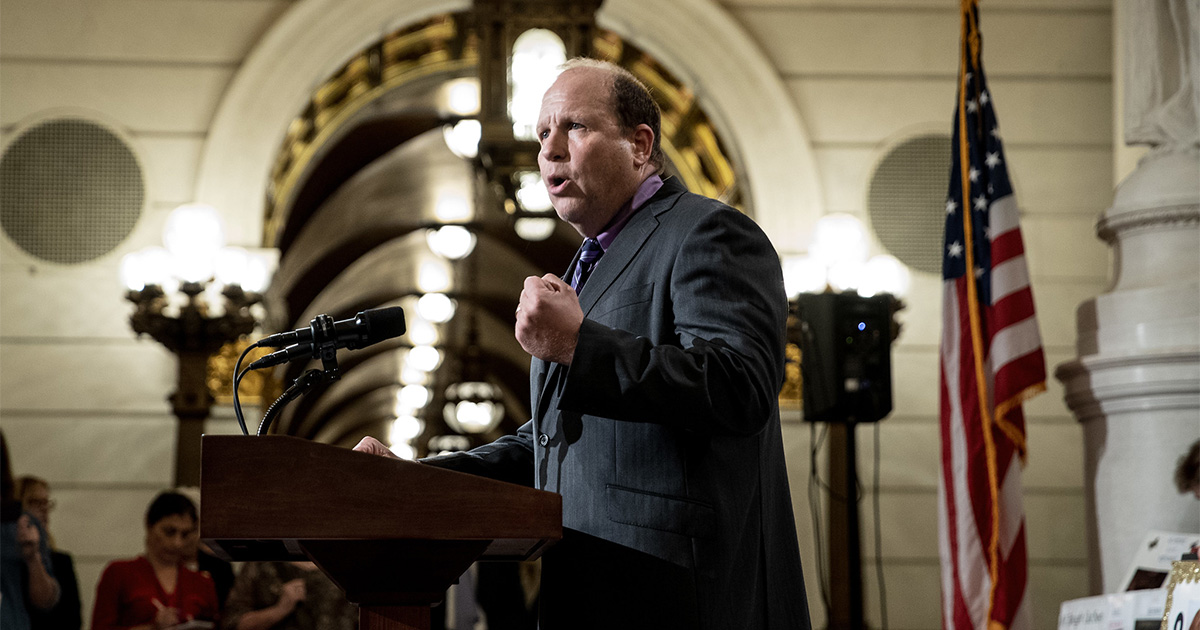 “My staff and I have toured fracking sites all over this commonwealth and have heard from real Pennsylvanians about their lives and families that have been ruined by this industry,” Leach said. “We all know the environmental impact is deeply troubling, but the human impact is absolutely intolerable. I once thought we could live with fracking, and that we should push for stronger regulations, while passing a severance tax so we could fun worthwhile initiatives. I’ve learned I was wrong. The money is not worth the environmental impact or the danger it poses to residents.”

“We should no longer try to play the odds and hope for the best when the stakes are so high,” Leach continued. “Pennsylvania’s Constitution grants the people of our Commonwealth the right to “clean air” and “pure water.” I think it’s time to stop fracking in Pennsylvania and I’m confident the people of Pennsylvania agree. No potential economic impact is worth people getting cancer.”

Leach today circulated his proposal to Senate colleagues in the form of a memo. Once the co-sponsorship process is complete, Leach will introduce the policy’s language, at which time the proposal will be numbered and assigned to a Senate committee for consideration.

Pennsylvania started extracting natural gas in 2012, after the General Assembly provided for regulation of hydraulic fracturing, a natural gas extraction technique. Peer-reviewed studies have found alarmingly high levels of volatile pollutants in the air and significant water contamination in communities subject to hydraulic fracturing and associated activity since 2012. This pollution and all of the other dire health consequences are caused by undisclosed, toxic chemicals that are fundamental to the hydraulic fracturing process and the radioactive waste that is an unavoidable byproduct. Pennsylvania’s Department of Environmental Protection has acknowledged 345 cases of groundwater contamination caused by fracking. Since the chemicals the industry is using are kept secret, it’s been impossible to determine precisely what chemicals in the fracking process are contaminating our air and water.

“Pennsylvania’s fracking experiment has been a complete disaster,” Leach said. “Our neighbors continue to suffer and contamination continues unchecked. I no longer have any confidence in DEP and the industry’s ability to keep people safe from the harms caused by this process. We were promised an industry that would bring jobs and wealth to Pennsylvania, but instead it’s brought cancer and suffering. We have ignored the staggering human cost for too long. For the sake of our families, neighbors, and all of humankind, we must stop fracking as soon as possible.”