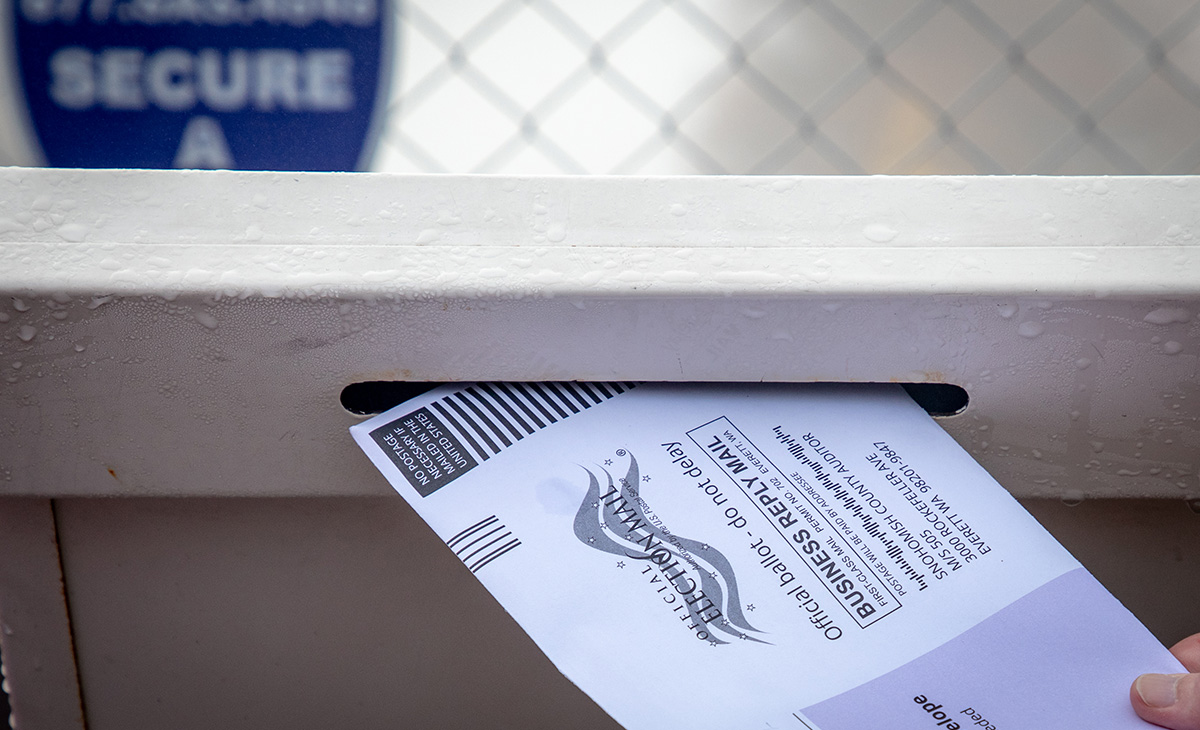 “This coming Tuesday, June 2nd, we are going to be conducting the 2020 primary election. This is a very unusual election in several critical ways. First, the election date has already been moved back once from April 28th. Second, it’s our state’s first ever election where no-excuse mail-in balloting is permitted. And third, the election is occurring during the first major world-wide pandemic in over 100 years.

All of these factors have created undeniable challenges for all of the people responsible for running this election, from the poll workers and party committee people to the Boards of Elections for each county. However, as significant as these challenges are, they were not unpredictable or unforeseeable.

It was incumbent on all of those responsible for ensuring that each eligible citizen have the opportunity to cast their ballot in a meaningful way to see the obvious problems approaching and deal with them effectively in a timely manner. In the event of unanticipated difficulties, all of us in leadership positions have an obligation to act swiftly to preserve the sacred right to vote.

As the Senator for the 17th Senatorial District, I represent parts of Montgomery and Delaware counties, so those are the counties I personally have focused on. And as a resident of Montgomery County, which also comprises the majority of my district, I have become keenly aware of a number of significant problems as this election draws near. Among these problems are:

All of these problems cause inconvenience, but are ultimately fixable. However, there were additional problems which present more of a threat to the ability of certain citizens to vote at all. These include:

These problems, in the aggregate, will, if not addressed correctly, result in the undeniable disenfranchisement of hundreds or thousands of voters, mostly senior citizens. How is a senior citizen, who lives at the Greenhill on City Avenue, supposed to travel the 17 miles to the drop box in Norristown, or even a closer drop box that is still too far for them to get to?

Given that seniors are at the highest-risk of death should they catch COVID-19, they cannot get in a car with a stranger, or get on a bus or take an UBER. There is literally no way for them to vote, even though they were proactive and did everything they were supposed to do, ordering their mail-in ballot months in advance.

Even if you are not a senior, but are at high-risk due to a medical condition, despite the fact that you did what you were supposed to do and ordered a mail-in ballot months ago, if it never arrived, the only way you can vote is to risk your life like hey had to do in Wisconsin, and show up at the polls in person.

I’ve received scores of calls from people, some crying, who say I can’t vote! I can’t get to a place to vote, or I don’t have a ballot and don’t want to get sick. We have to do better than this, and there is still time to do that.

This is totally unacceptable. Especially since it became known that Delaware County offered Montgomery County an additional 50 drop boxes to use for this primary election. Those 50 additional drop boxes would allow the county to place one at or in very close proximity to every single senior facility in the county, as well as other locations for the convenience of the voters. We were told that this offer was rejected.

I was just informed that the Montgomery County Election Board met this morning, and agreed to provide seven additional drop boxes throughout the county. These will apparently be placed in certain licensed senior-care facilities. That is a good, but wholly inadequate development. While it will help voters at those seven additional locations, it will exclude many facilities, including the Greenhill, which has roughly 800 residents. Those voters are still, as of today, left with no options.

I was also informed that the Montgomery County Board of Elections has decided to meet again on Monday for further discussions. This meeting is scheduled literally less than 24 hours prior to the start of election day. Whatever may be discussed and decided at that meeting seems likely to be ineffective due to the lack of time to deliver supplies, assign staff, educate voters, etc. This course of action clearly lacks a sense of urgency.

The voters calling me are extremely upset, anxious and demoralized. They take their right to vote very seriously. We can’t sit back until Monday allowing thousands of diligent voters to think that they have no ability to vote on Tuesday. It’s not only morally wrong, but it will potentially change the outcome of certain elections and have a deleterious effect on turnout in the November election.

In addition, I have spoken to many people who have not received the promised letter from Montgomery County informing them of their (in many cases new) polling location. These voters are confused, and inevitably, many will show up at the wrong poll on election day, enhancing the risk of Coronavirus transmission.

I am therefore calling for several things:

These discussions and protocols should have been implemented months ago. It is also disappointing that the leaders of both parties have not spoken out about the potential disenfranchisement of so many voters. Whatever the ideological differences between Democrats and Republicans, we should all agree on, and fight for, the right of every eligible American to have access to the ballot on each and every election day.”