This year’s Juneteenth celebration marks the 157th anniversary of the day when union soldiers reached Galveston, Texas, the furthest point in the south, with news that the Civil War had ended and that enslaved African Americans were now free.

“The people of Texas are informed that, in accordance with a proclamation from the Executive of the United States, all slaves are free. This involves an absolute equality of personal rights and rights of property, between former masters and slaves and the connection heretofore existing between them, becomes that between employer and hired labor. The Freedmen are advised to remain at their present homes and work for wages. They are informed that they will not be allowed to collect at military posts; and they will not be supported in idleness either there or elsewhere.”

Juneteenth is the oldest nationally celebrated commemoration of the ending of slavery in the United States. It became a state holiday in Pennsylvania in 2019 and a federal holiday in 2021, further solidifying the national relevance of the day in American History. 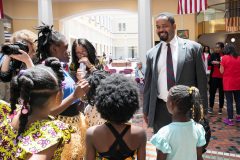 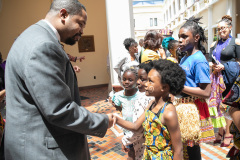 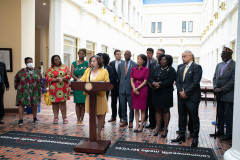 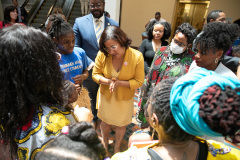 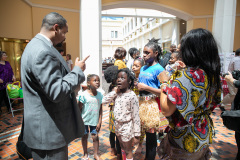 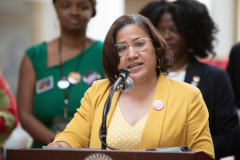 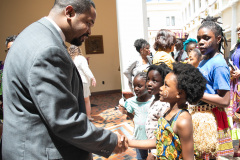 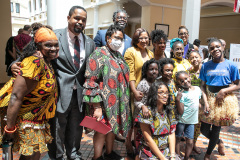 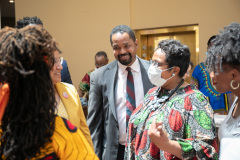 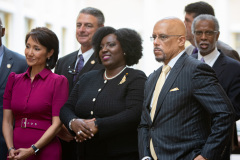 The Fight Continues for Equity in America

Black history is American history. Juneteenth is a celebration of freedom and progress, but also an opportunity to learn about the inequities and systems that too often and for too long have negatively impacted the lives of Black Americans. We will not forget the history that has preceded us. We will continue to fight for progress. We will celebrate wins for equal rights, justice, and opportunities as we achieve them. And we will work together to ensure the ideals and values of our country are experienced by all.

Senator Shariff Street spoke to the General Assembly in 2020 about his Juneteenth Resolution and the significance of acknowledging the holiday.

Established by the Pennsylvania Tourism Office in partnership with Voices Underground, the Wolf Administration has established a grant program to support Juneteenth celebrations across the Commonwealth in 2022.

$89,000 was awarded across seven organizations to fund events and celebrations that commemorate the history of June 19, 1865. The Pennsylvania Department of Community and Economic Development notes that this year’s Juneteenth festivals in Pennsylvania will include music, visual art, culinary art, spoken word productions, history presentations, and recognition of Black-owned businesses.

The seven recipients of the 2022 Journeying Toward Freedom grants are:

Visit Juneteenth | visitPA for a full list of events happening around Pennsylvania to celebrate Juneteenth in your area!