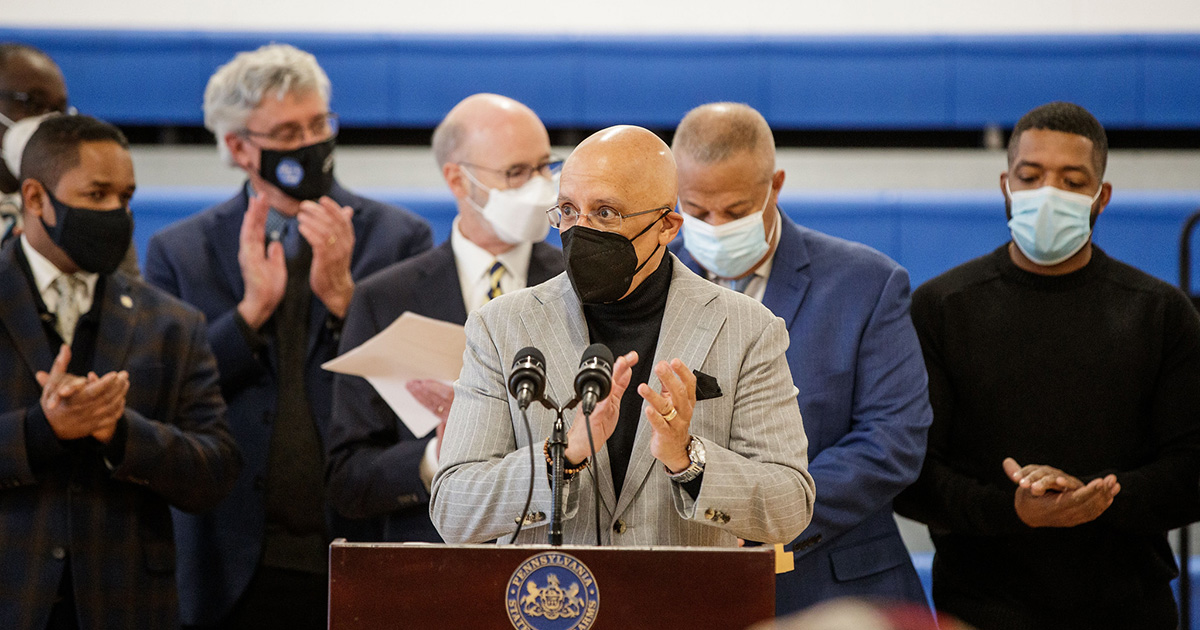 The new investment comes on top of $30 million already committed by the administration for grants through the Pennsylvania Commission for Crime and Delinquency’s (PCCD) Gun Violence Intervention and Prevention program.  When the program was announced last year, applications outstripped appropriated resources by 7 to1.

“We are grateful to the governor for his increasing commitment to neighborhood-based solutions and his faith in the people who are doing this incredibly challenging work,” Hughes said. “We know that the need is far greater than the funds available, but this announcement is another step toward closing that gap and helping families across Pennsylvania thrive in safer communities.”

After working with Hughes, the Democratic Appropriations Committee Chairman, to get violence prevention funding included in the current state budget, Wolf has visited communities across Pennsylvania several times over the past year to discuss efforts to mitigate the rise in violence that has plagued Philadelphia as well as counties across Pennsylvania the U.S..  Both agreed more needs to be done.

“Pennsylvania, and the nation, continues to fight a tragic gun violence crisis. We need to spark change at a local level, which is why I’m glad to commit an addition $15 million to community-based gun violence prevention programs,” said Wolf. “But I also want to call on our legislators to partner with me over this next year to improve public safety and equity.

​”This investment is one piece of the puzzle, but we also need to address the systemic and structural issues that cause inequity—and harm—in our society,” Wolf said. “We need to invest in schools, we need good jobs that pay fair wages, and we need to give communities across Pennsylvania the resources they need for a good quality of life.”

Michelle Bolling, mother of Philadelphia gun violence survivor Sadiq Nelson, joined Hughes and Wolf to share her story. The day after turning 19 in 2020, Sadiq was hit by stray gunfire shot when he was leaving work. His shattered femur took months to heal, but the emotional trauma remains. While her son is still alive, Bolling knows many mothers in their community whose children did not survive gun violence.

As Pennsylvania’s state budget season nears, Hughes has called for the legislature to commit more resources not just to violence prevention programs, but to address the systemic disinvestment that creates a breeding ground for violence.

“We have to make our colleagues understand that economic inequality and education inequality are at the root of the desperation that sparks violence,” Hughes said. “This is not just a Philadelphia issue.  We have a proliferation of guns and disparity in underserved communities in every corner of the state and it serves to destabilize neigborhoods.”

Noting a $7 billion surplus created through state revenue and American Rescue Plan Funding, Hughes and colleagues in the General Assembly have called for an immediate increase of $170 million to address gun violence and a commitment of at least $150 million annually in future budgets.  Hughes is also one of the state’s leading advocates for school funding equality.

The news conference was held at the Lucien Blackwell Community Center in the Mill Creek neighborhood of West Philadelphia.