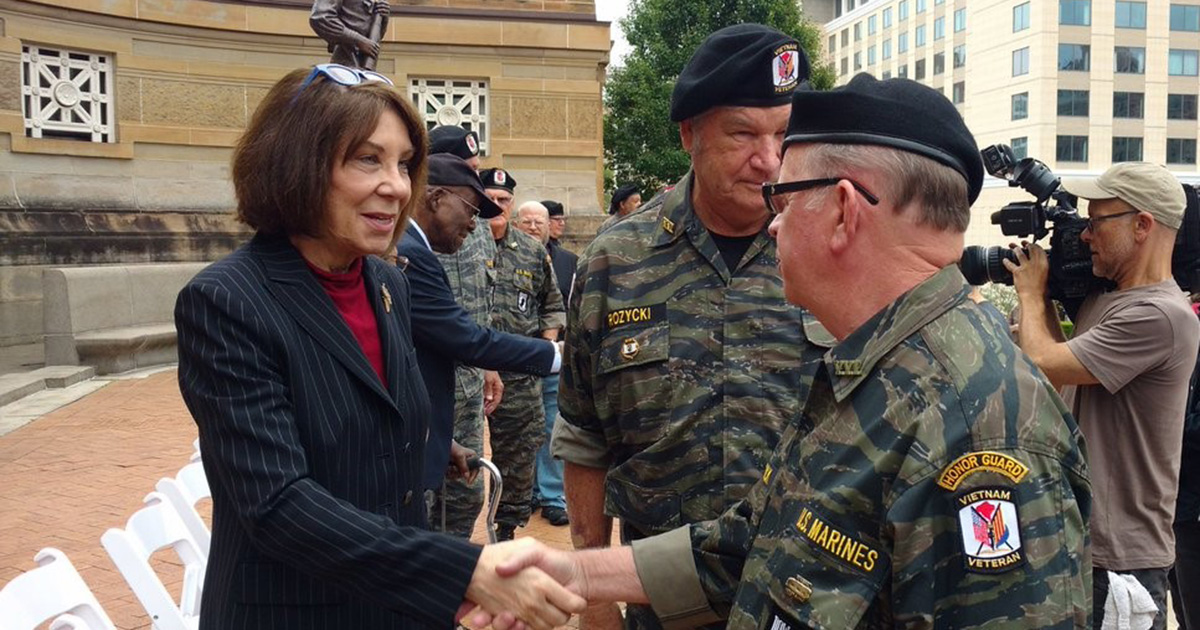 Allegheny County, PA – April 29, 2020 – Today, Governor Tom Wolf signed House Bill 1869, now Act 17 of 2020, after its unanimous passage last week by both the Pennsylvania House and Senate. This bipartisan legislation expands the Pennsylvania Heart and Lung Act to provide 100% compensation of income for first responders who are impacted by COVID-19 and are unable to perform their duties. The final bill included an amendment that makes these same benefits available to members of the Pennsylvania National Guard who contract COVID-19 or are subject to quarantine while on state active duty. Senator Pam Iovino (D – Allegheny & Washington), Democratic chair of the Senate Veterans Affairs and Emergency Preparedness Committee, helped to draft the amendment, which was introduced by Senator Katie Muth (D – Berks, Chester, & Montgomery).

“Thank you to Governor Wolf for signing this important measure into law,” said Senator Iovino. “Our Pennsylvania National Guard members are on the front lines in an unprecedented disaster, risking their own safety and that of their families in a way they never have before. I am proud that our Commonwealth is standing united behind our men and women in uniform during this time of need.”

A video of Senator Iovino’s remarks to the Pennsylvania State Senate regarding this amendment can be viewed and downloaded here.