State Senator Marty Flynn was born and raised in Scranton, Lackawanna County. His career in Harrisburg began on January 1, 2013 when he was sworn-in as Representative for 113th District in the Pennsylvania State House. His record as State Representative is defined by his advocacy for union rights, seniors, and working families of Pennsylvania. During his tenure in the House, he served as Chairman of the Northeast Delegation and was a member of the Appropriations, Consumer Affairs, Insurance and Professional Licensure Committees. He is also a member of the bi-partisan, bi-cameral Animal Protection, Early Childhood Education, Irish-American, Italian-American, Legislative Reform, Masonic, Natural Gas, Oil & Gas, Property Tax Reform, Second Amendment Caucus, Sportsmen’s and Veterans Caucuses. Senator Flynn graduated from Marywood University with a bachelor’s degree in Legal Studies. While in school, he discovered a love of boxing and began training at a hometown gym in Scranton. He quickly discovered his talent in the ring and began traveling across the state for training and matches— eventually going professional in the early 2000s. Following ten years in the professional ring, Flynn served as an inmate education and program coordinator at Lackawanna County Prison and chairman of the Prison Misconduct Board. He was also an amateur mixed martial arts (MMA) fighter from 2008 through 2013 and continues to practice Jiu Jitsu to this day. His path to the State Senate is unique but has enforced his drive to stand up for everyday people and their rights. During his campaign in the 22nd District, Flynn made clear he would focus on local economic development, labor union rights, and housing initiatives to support communities and stop blight. He plans to join colleagues on both sides of the aisle to ensure proper funding is given to social services and senior citizen programs, and a fairer state school funding formula is implemented. He also plans to fight for legalization and taxation of recreational marijuana, a natural gas extraction tax, closure of the Delaware tax loophole that allows corporations to shift Pennsylvania profits to lower tax states and an increased minimum wage. Senator Flynn prides himself on being an unwavering voice for his community and a fighter in every sense of the word. He knows fighting for what’s right is not only about might, but also focus, commitment and heart. As State Senator for the 22nd District, he plans to continue to fight for workers, seniors, teachers, unions, and families with an even louder voice and commitment to doing what’s right for the commonwealth. 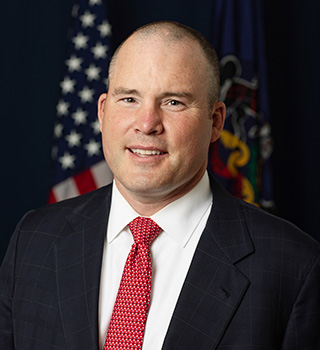