Democracy On The Line 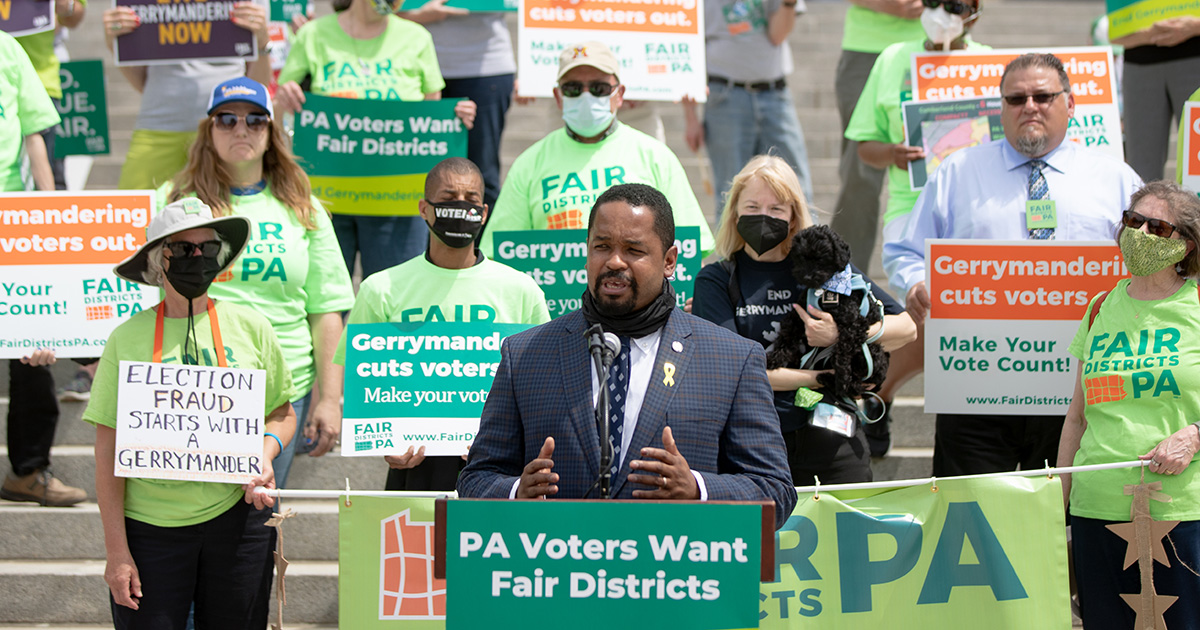 Philadelphia – January 13, 2022 – For months Senator Sharif Street, Democratic Chair of State Government, has had the shared responsibility of redrawing Congressional Districts. Please see his statement on the current process as it progresses in Pennsylvania’s Commonwealth Court:

“For the past few months my colleagues in the legislature, many senate staffers and I have been diligently involved with redrawing Pennsylvania’s congressional districts. We made great strides in our meetings around the Commonwealth, but, ultimately, there was not an acceptable compromise with the majority party that preserved Democratic representation in congress.

The process now moves to the courts where several different parties have submitted potential maps for the court to decide on. They can be seen here.  Many of these maps are partisan Republican gerrymanders and should be disqualified outright. However, my team and I are proud to have worked on one of the submissions, and we believe that Senate Democratic Map #2 is the most fair and proportionate map for Pennsylvania.

It is critical that Democrats stand up for and protect the representation of their voters. Simply put, maps that do not accomplish this should not be considered. This has been a long process, but it is drawing toward a conclusion. The Commonwealth Court will select a map in the coming days which is then subject to review by the PA Supreme Court. I urge them to select Senate Democratic Map #2 for the people of Pennsylvania.”