SB 1052 (Hutchinson) – Amends Title 53 to provide for emergency meeting powers and succession of local officers during an emergency.

Amendment A04391 (Dush) – Makes changes to notice and posting requirements, as well as a technical change

The amendment was adopted unanimously and the bill as amended was reported by unanimous vote.

The bill was reported by unanimous vote.

The bill was reported on a party line vote, 7-4.

The bill was reported by unanimous vote.

HB 1184 (Moul) – Amends Title 8 (Borough Code) to allow boroughs to form from any type of municipality, not just townships. Additionally, the underlying bill makes a number of technical amendments to the Borough Code, and replaces the current provisions in the code regarding accumulation and collection of garbage and other materials with a new chapter on Solid Waste Collection and Disposition.

HB 2143 (B. Miller) – Amending Title 61 (Prisons and Parole) to require a county moving its classification to 2A on or after October 21st to continue to operate its prison board according to provisions applicable to counties of the third through eighth class.

The Senate Local Government Committee met on Tuesday, January 25, 2022 and reported out the following bills:

HB 221 (Rader) – Amends Act 442 of 1968 (1967), relating to Preserving Land for Open Air Spaces, by permitting open space tax funds to be used to maintain open space property not acquired under the Act.

The Senate Local Government Committee met on Tuesday, October 19, 2021 and voted on the following bills:

SB 275 (Yaw) – Prohibits municipalities from restricting or prohibiting the connection of utility service to a consumer based on source of energy.

SB 448 (Langerholc) –  Reiterates the state’s preemption of municipal regulation of firearms, allows any legal firearm owner in Pennsylvania or member organizations that represent them to sue municipalities for firearm ordinances, and provides for municipalities to pay legal fees to such plaintiffs.

The bill passed with a unanimous vote.

HB 430 (Emerick) – Provides for new home owners to receive a waiver from property tax penalty charges if they did not receive a bill notice within their first year of owning the property.

The Senate Local Government Committee met on Tuesday, September 21, 2021 and reported out the following bill:

HB 1591 (Knowles) – Amends the County Code to allow every county to maintain its current classification regardless of population changes reflected in the 2020 census, unless a county prompted to change classes chooses to do so by resolution.

The bill as amended was adopted unanimously.

The Senate Local Government Committee met on Tuesday, June 15, 2021 and reported out the following bills. All votes were unanimous except where indicated:

SB 208 (DiSanto) – Amends the Municipalities Planning Code to clarify the limit of financial security to be posted for the completion of required improvements.

SB 327 (J. Ward) – Amends the County Code to require notification to the coroner of a death suspected to be due to contagious diseases related to a pandemic or health disaster emergency and access to death registry and certificate information.

SB 674 (Kearney) – Amends Title 8 to make several changes to the Borough Code in line with recent updates to the First Class Township Code.

HB 523 (Day) – Amends the General Road Law to require multiple owners of a private road to each contribute toward the maintenance of the private road unless there is a written agreement for maintenance.

The Senate Local Government Committee met on Tuesday, June 8, 2021 and reported out the following bills unanimously:

SB 675 – Makes a change to the Third Class City Code in a manner consistent with a recent revision to the First Class Township Code as comprehensively updated by Act 96 of 2020. Allows Third Class Cities to appoint firms as city manager, and specifies that only a city administrator who is an individual may also be appointed as CFO. 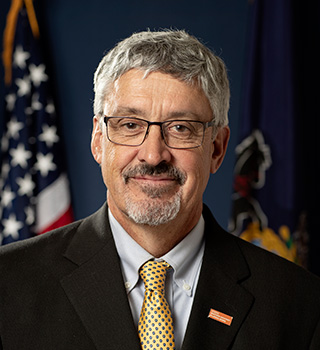