The Urban Affairs & Housing Committee met on Tuesday, June 28, 2022 to consider the bill:

The Urban Affairs & Housing Committee met on Monday, June 20, 2022 to consider the bills:

The Urban Affairs & Housing Committee met on Wednesday, June 15, 2022 to consider the bills:

HB 2209 – Major – Amends Title 68 to allow a land bank board meetings to establish quorum with a virtual presence of members.

HB 2210 – Pennycuick – Amends the Abandoned and Blighted Property Conservatorship Act to allow land banks to be court-appointed conservators of residential, commercial, and industrial buildings who fail to comply with municipal code compliance.

SB 1254 – Vogel/Haywood – Amending the Tax Reform Code of 1971 to increase the funding cap on the Pennsylvania Housing Affordability and Rehabilitation Enhancement Program (PHARE) transfers from the Realty Transfer Tax (RTT). Amendment A04767 (Pittman) – Aligns the funding increase with HB2665. Adds a section to stipulate that nothing in this act should be construed to increase the Realty Transfer Tax.

The Urban Affairs & Housing Committee met on Wednesday, June 16, 2021 to consider the bills below, all of which were reported out of committee unanimously:

SB 574 (Brewster): This bill would amend the Real Estate Tax Sale Law to allow counties to levy fees upon the purchase of tax delinquent or real estate owned properties and dedicate said fees into a fund used to support the demolition or rehabilitation of blighted properties. Reported out of committee with a unanimous vote.

SB 763 (Argall): This legislation amends the Tax Reform Code to fund the Pennsylvania low-income housing tax credit program, which has already been authorized by Act 107 of 2020 to become effective during the 2021-22 fiscal year. This program requires additional legislative action to authorize the availability of tax credits. This legislation will allow the Pennsylvania Housing Finance Agency (PHFA) to administer $10M in state affordable housing tax credits annually. Reported out of committee with a unanimous vote.

HB 264 (Heffley): This bill amends the Real Estate Tax Sale Law to include additional registration and reporting requirements to ensure bidders are eligible to purchase property at a tax sale. Reported out of committee with a unanimous vote.

HB 827 (Gillespie): This bill would amend Title 74 (Taxation and Fiscal Affairs) of the Pennsylvania Consolidated Statutes to establish microenterprise loan programs and allow for the abating of real property assessment. Said differently, this legislation would allow administrative entities to acquire and lease property in addition to providing financing and tax exemptions to small businesses. Reported out of committee with a unanimous vote.

The bill was reported out of committee with nine affirmative votes and one dissenting vote. 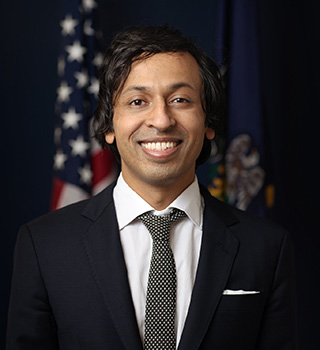