The Senate Aging & Youth Committee met on Monday, September 21, 2020 to consider the following:

SB 983 – Updates Pennsylvania’s Newborn Child Screening and Follow-up Program by expanding the list of disorders for which newborns are screened for. A07276 was adopted unanimously and the bill was reported out unanimously as amended.

SB 1279 – Establishes the Essential Family Caregiver Designation Act and provides for essential family caregivers in long-term care facilities during disaster emergencies related to communicable diseases.  A technical amendment was adopted, and the bill was reported out unanimously as amended.

The Senate Aging & Youth Committee met on Monday, November 18, 2019 to consider the following:

SB 368, PN 410 (Boscola) – Requires the data reporting of any infant born with an addiction to opioids or other illegal substances to be publicly accessible on the Department of Human Services website.  The bill was unanimously amended to align reporting deadlines to the General Assembly to coincide with the DHS Child Abuse Report.  The bill was unanimously reported out as committed.

HB 1051, PN 1457 (Stephens) – Amends the Child Protective Services Law (CPSL) to increase the penalties for mandated reporters who continue to fail to report suspected child abuse and broadens the “continuing course of action” provision.  The bill was unanimously reported out as committed.

The Senate Aging & Youth Committee met on Monday, September 23, 2019 to consider the following:

HB 775, PN 848 (Diamond) – Requires the Department of Aging to cross-reference beneficiaries with death records maintained by the Department of Health on a monthly basis to better prevent cases of fraud and abuse.  The bill was reported as committed (unanimous).

The Senate Aging & Youth Committee met on Monday, June 3, 2019 to consider the following: 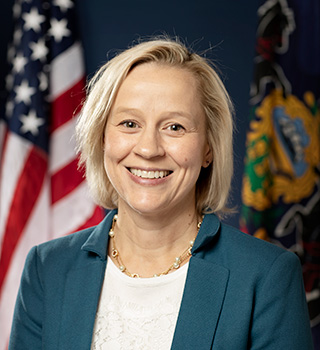