SB 1270 (Yudichak) – Creates the Childhood Blood Lead Test Act.  This act provides for blood testing for children under two years old and pregnant women.  Testing under this Act shall be covered by insurance.  It also raises awareness about lead poisoning, available treatments, and establishes an electronic registry of blood lead information.  Approved unanimously.

HB 1884 (Quinn) – Creates the Patient Test Result Information Act, which requires summaries or copies of specific radiological test results be sent directly to the patient or patient’s designee when there is a finding of a significant abnormality; and provides duties for the Department of Health (DOH).  Approved unanimously.

HB 1829 (Bernstine) – Would establish a program for medical assistance applicants to be deemed eligible to receive services in their homes and through adult daily living centers.  Approved unanimously.

HB 1659 (Tobash) – Amends the Human Services Code by mandating that adult recipients of food assistance through the Supplemental Nutrition Assistance Program (SNAP) shall comply with certain work or work-related requirements. The bill moved out of committee with a vote of 8-4

The Senate Health & Human Services Committee met on Tuesday, May 22, 2018, and took the following action:

SB 1054 (Brooks) – Enacts the Buprenorphine Medically Assisted Treatment Act, requiring for a $10,000 certification fee and licensure of Buprenorphine prescribers by the Department of Drug and Alcohol Programs. The bill moved out of committee with a vote of 8-4 along party lines.

SB 1089 (Stefano) – Amends specific provisions of the Administrative Code by requiring behavioral health managed care organizations administering a provider network on behalf of a county for treatment of substance abuse to maintain a provider network that is geographically accessible to members as defined in the legislation. SB1089 also makes technical and clarifying changes to section XXIII of the Administrative Code. The amendment provided a definition for urban and rural for purposes of clarifying the geographical location.

SB 1001 (Costa) – Enacts the Public Health Emergency Act and authorizing the Secretary of the Department of Health to declare a public health emergency in accordance with provisions of SB1001. The amendment states that the upon a public health emergency declaration by the Secretary of the Department of Health the emergency council shall be convened in accordance with Title 35 Pa. C.S. Chapter 73. The amendment reduces the of licensure fee from $10,000 in the first year not to a fee not to exceed $500. In subsequent years, the licensure fee shall not exceed to an amount sufficient to reimburse the Department of Drug and Alcohol Programs for the administrative cost to administer the act.

SB 1087 (Baker) – This legislation creates the Interbranch Commission on the Child-Welfare System Act.

HB 1869 (Mackenzie) – This legislation establishes the Maternal Mortality Review Committee within the Pennsylvania Department of Health.

SB 576 (Dinniman) – An Act providing for reimbursement of patient expenses associated with participation in cancer clinical trials and for duties of the Department of Health; and imposing a penalty. The amendment applies regulations for third-party reimbursement entities.

HB 1233 (Murt) – This legislation amends the Mental Health Procedures Act, establishing a new standard for court ordered assisted outpatient treatment in the community, while leaving in place the clear and present danger standard for involuntary hospitalization. The new standard would be based on a medical determination of whether a seriously mentally ill individual needs and can benefit from assisted outpatient treatment to survive safely in the community.

SB 623 (Yaw) – This legislation amends Title 20 (Decedents, Estates and Fiduciaries) of the Pennsylvania Consolidated Statutes to update and revise Pennsylvania law to include the codification of Pennsylvania Orders for Life Sustaining Treatment (POLST) to be used by medical professionals across all health care settings for patients who voluntarily wish to execute a POLST order.

HB 1234 (Fabrizio) – This legislation amends the Health Care Facilities Act to change the length of stay in a licensed Ambulatory Surgery Center (ASC) to comport with that of other states and federal Centers for Medicare and Medicaid Services (CMS) guidelines.

HB 478 (Pickett) – This legislation creates the Outpatient Psychiatric Oversight Act. The amendment adopted in committee was technical in nature. The bill was unanimously approved from committee.

SB 674 (Rafferty) – This legislation amends The Controlled Substance, Drug, Device and Cosmetic Act by creating a process for automatic changes to schedules of controlled substance.

SB 439 (Fontana) – This legislation establishes the Carbon Monoxide Alarm Standards in Child Care Facilities Act. Additionally, the legislation provides standards for carbon monoxide alarms in child care facilities and imposes penalties for failing to comply with prescribed standards. An amendment was adopted in committee to expand the legislation to apply to for-profit, non-profit, and at home child care providers. Moreover, the amendment eliminates the $50.00 fine and substitutes a loss of license penalty for noncompliance. 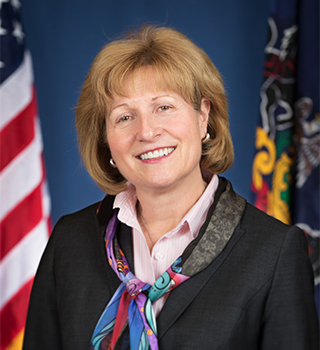