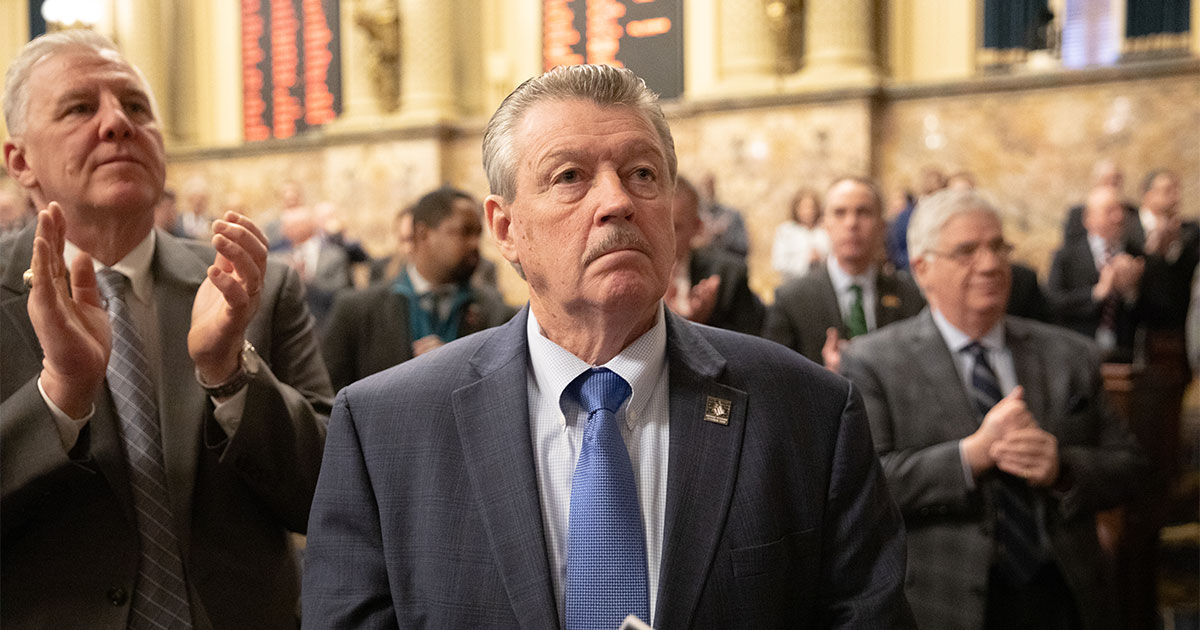 Gov. Tom Wolf presented his $36 billion General Fund spending plan to a joint session of the General Assembly this morning at the state Capitol.

Brewster, who has been a leading advocate of charter school funding reform and school safety initiatives — including mental health counselors, remediation of safety hazards and better security at schools — said he was pleased that these areas were a focus of the governor’s budget.

The governor’s plan does not include a call for broad-based tax increases.  The charter school reforms would generate an estimated $280 million in savings for school districts and taxpayers.

“The governor’s proposed budget does not include a call for additional taxes, which is a win for all taxpayers.  The plan does include investments and important initiatives that I’ve been strongly backing for years.  The charter school funding reforms will yield in excess of $280 million and there is funding included for school safety that can be used to pay for more counselors in schools.

“I look forward to working with the governor and all members of the General Assembly, on both sides of the aisle, to ensure that we enact a solid spending plan that meets the needs of our citizens, without the need to raise taxes.”