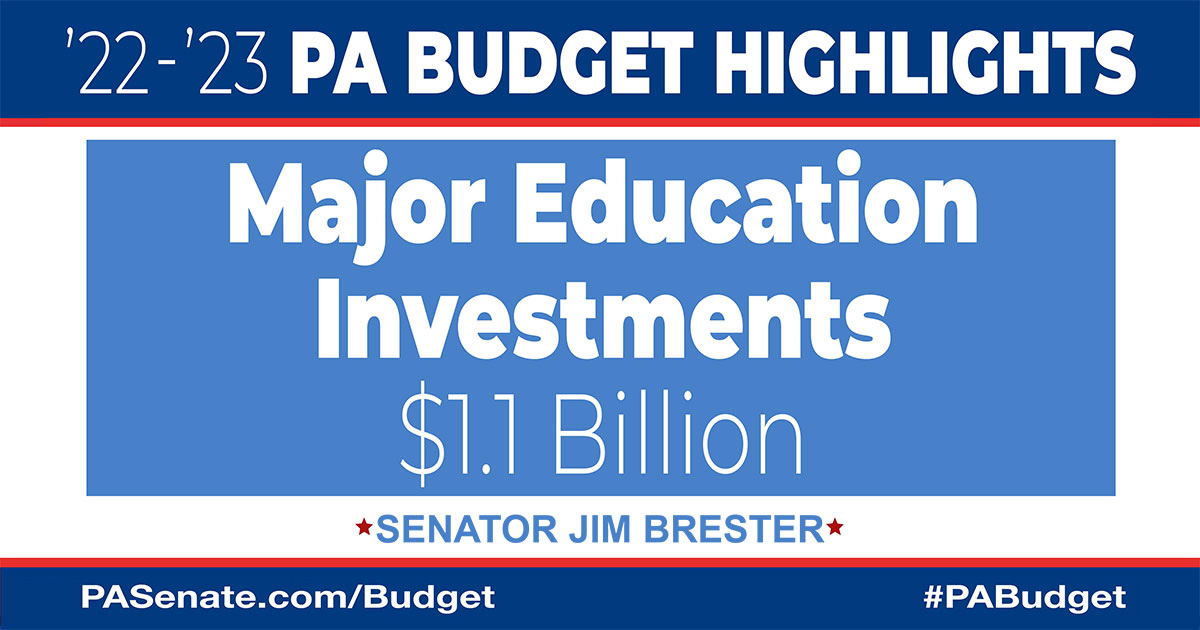 Harrisburg, July 11, 2022 – With a record state investment in violence prevention pending in the new budget, state Sen. Jim Brewster announced today that he has been re-appointed to the School Safety and Security Committee, the chief conduit for intervention programs in the state.

“We’re at a critical time for public safety after a surge in violence that accompanied the pandemic,” Brewster said. “The School Safety and Security Committee played a central role in reviewing and assessing intervention and prevention efforts and steering state funds where it can be most effective.”

The 17-member committee was created through Act 44 of 2018 with a goal to craft policies and provide grants to curb school and community violence. Last year, the state committed a record $30 million to the effort and that amount has more than tripled to $105 million this year with the help of America Rescue Plan funds. The committee works under the auspices of the Pennsylvania Commission on Crime and Delinquency (PCCD).

“We know we can’t just throw money at the problem and hope it goes away,” Brewster said. “The committee has a serious responsibility in protecting taxpayer money while also finding innovative methods that haven’t been tried before. With the new state commitment, the workload will grow.”

In awarding grants last year, Brewster said the committee took a broad approach to what it perceived as a complex issue with a wide range of causes. The committee funded the efforts of large academic institutions that study the problem from a data-driven level, as well as small, grassroots efforts with budgets in the thousands and feet on the street.

As a senator, Brewster has been at the forefront on school safety issues. His appointment was made by Senate Democratic Leader Jay Costa.