The Black family is studied in history, literature, the visual arts and film studies, sociology, anthropology, and social policy. The representation of the Black family has been portrayed over the years with reverence to the Black experience in some ways, but also with stereotypes, and vilification from the time of slavery that has not totally disappeared in the modern era. Due to many factors, including slavery, individual Black families are diasporic and spread across states, nations and even continents. Africa and the diaspora itself have been long portrayed as the Black family at large. While the role of the Black family has been described by some as a microcosm of the entire race, its complexity as the “foundation” of Black American life and history can be seen in numerous debates over how to represent its meaning from a historical perspective. It is also an important time to discuss the nature and impact of parenting, childhood, marriage, gender norms, sexuality, and incarceration within the Black family.

“I have a dream that my four little children will one day live in a nation where they will not be judged by the color of their skin, but by the content of their character.”
-MLK, Jr.

Senator Williams on the Black Family: Representation, Identity, and Diversity

This month honors the contributions of Black Americans to U.S. history.

Below you can meet a few of the remarkable Black American men and women from Pennsylvania. 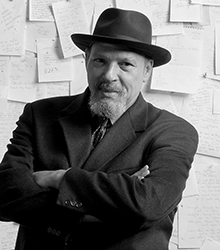 August Wilson grew up in the Hill District of Pittsburgh and attended school during the time of the Jim Crow Laws.

Wilson faced hostility and harassment from his fellow students, which eventually caused him to drop out of school altogether at the age of 15.

He informally continued his education by regularly visiting the Carnegie Library of Pittsburgh.

In the late 1960’s, Wilson began his writing career as a poet and playwright. The Pittsburgh Cycle, a series of ten plays set in Pittsburgh during each decade of the 20th Century, won two Pulitzer Prizes. The plays highlighted the struggles for African Americans during each decade, and are arguably his most notable works. 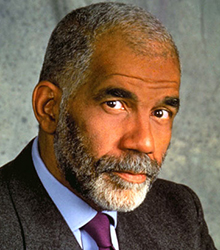 Ed Bradley was teaching 6th grade at William B. Mann School when he started moonlighting for no pay at a nearby radio station programming music, reading news and covering sports.

Nineteen Emmys, and a Peabody award later, Bradley was given the Lifetime Achievement Award by the National Association of Black Journalists.

Born in Philadelphia, Bradley was a graduate of St. Thomas More High School and got his degree at what was then Cheyney State College.

He covered the Vietnam War, the Paris peace talks, and the White House before anchoring the CBS Sunday Night News. He eventually became a household name and award winning story teller on television’s most popular program “60 Minutes.”

Ed Bradley told the stories of the powerful, the down-trodden and everyone in between. 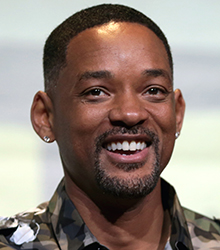 Will Smith grew up in West Philadelphia, where he attended a strict Catholic school.

Although Smith excelled in school, he was passionate about pursuing music (and later acting), and did not attend college.

He achieved success with his rap duo DJ Jazzy Jeff and the Fresh Prince, whose music was targeted at teenagers gave them crossover appeal.

Smith began his acting career with the hit TV show The Fresh Prince of Bel-Air, which drew from the rapper persona he had created. Smith launched into superstardom upon entering the film industry, and has been nominated for several Academy Awards, Golden Globes, and other awards, for such films as Independence Day, The Pursuit of Happyness, and Ali.

Read more about Will Smith  → 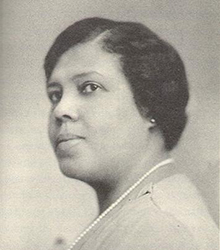 Daisy Lampkin was born in Reading, Pennsylvania in 1884 and after relocating to Pittsburgh became the first woman elected to the NAACP’s national board.

She was an active member of the Lucy Stone Women’s Suffrage League and the National Suffrage League, and was also named national organizer and chair of the executive board for the national Association for Colored Women.

Lampkin spent the majority of her life advocating for racial and gender equality, especially in terms of voting rights. In 1964 she was awarded the Eleanor Roosevelt-Mary McLeod Bethune World Citizenship Award, shortly before her passing in March 1965. 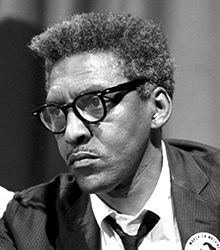 In his native West Chester, Bayard Rustin started his civil rights career as a teenager, organizing sit-ins of segregated restaurants. His dedication to civil rights and non-violence led to a prominent life organizing opposition to prejudice and oppression.

Rustin is best known for being the chief organizer at what has been called one of the most important human gatherings of the 21st century: The 1963 March on Washington for Jobs and Freedom.

But even among those civil rights pioneers, Rustin was decades ahead of his time. He was harassed and blackmailed, even by people in the civil rights movement, for being a gay man and fighting for the rights of gay people. Toward the end of his life, he used his organizing skills to embark on a new era of civil rights recognition. 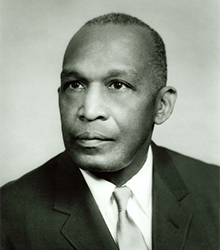 He became active in Philadelphia politics and, in 1958 when his congressman stepped down to become a judge, he ran in a special election on the Democratic ticket. Upon winning the election, Nix became the first African American to represent the state of Pennsylvania in Congress, where he served until 1979. 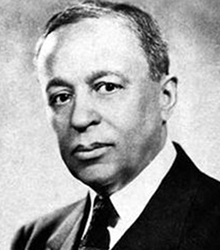 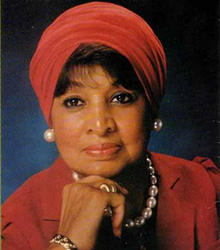 The block-long North Office building in Harrisburg is one of the dominant structures in the Capitol Complex.

In 2006, it was named for one of the dominant voices in Pennsylvania civic life and politics: C. Delores Tucker.

As a 16-year-old who her friends called “C”, Tucker climbed atop a flatbed truck in front of the landmark Bellvue Stratford hotel on Broad Street in Philadelphia to protest the hotel’s policy of refusing to rent rooms to black athletes.

Twenty years of civil rights work later, she was marching alongside Martin Luther King Jr. from Selma to Montgomery.

C grew up in North Philly and graduated from Philadelphia High School for Girls. She was a successful businesswoman as well as being a civil rights and political pioneer.

In 1971, she was appointed by the governor as Pennsylvania’s Secretary of State, the first black woman in the nation to hold such a post. Later in her life she led a crusade against what she said were the misogynistic and drug-laced lyrics of rap music. 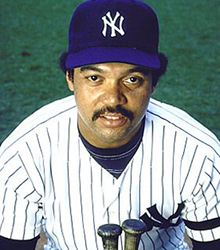 Reggie Jackson was born May 1946 in Wyncote, Pennsylvania. Jackson was a four-sport varsity athlete in high school, and played both baseball and football for Arizona State University. When he was being scouted, several southern universities were willing to break the color barrier just for Jackson.

Following Jackson’s sophomore year, he was chosen as the second pick in the first round of the draft in 1966, and began his career as a professional baseball player with the Kansas City Athletics (later the Oakland Athletics).

Jackson also played for the Baltimore Orioles, the New York Yankees, and the California Angels in his 21-season career, playing in five World Series. Jackson won Most Valuable Player both in the regular season and World Series of 1973. His post-season heroics, including three consecutive home runs in the 1977 World Series clincher for the Yankees, earned him the nickname “Mr. October.” 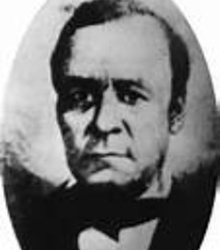 In the mid 19th century, becoming a barber was one of the only ways a young black man could find himself in the company of a community’s rich businessmen.

Willam Goodridge, who was born a slave, was only 19 years old when he opened a barber shop here in York’s central square.

He used that opportunity to build relationships with local business leaders and learned all he could about how to succeed. He invested in real estate, rail cars and retail shops. In addition to making Goodridge one of the city’s wealthiest men, these holdings all became critical components of the local stop on the Underground Rail Road.

By 1847, Goodridge opened the city’s tallest building, the five-story Centre Hall- on the same square he started his barber shop twenty years earlier. It was the tallest building in the city at the time.

Volunteers are still raising money for renovations to the Goodridge Freedom House and Underground Railroad Museum.

To read more about William Goodridge → 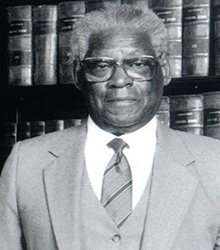 K. Leroy Irvis was the first African American Speaker of a State House of Representatives in the United States.

Born in Saugerties, New York in December 1919, Irvis spent his early years advocating for civil rights. Upon moving to Pittsburgh to go to law school, Irvis spent time as an editor and commentator for the Pittsburgh Chronicle, many of his pieces focusing on civil rights issues. Irvis was elected to the Pennsylvania House of Representatives in 1958, and was elected for fifteen consecutive terms.

He served as the Majority and Minority Leader for the House Democrats, and was elected as Speaker of the House by acclamation in 1977, where he served until his retirement in 1988. 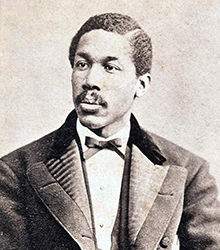 Octavius Catto was born in South Carolina but came with his family to Philadelphia as a child. He was an outstanding scholar and turned his sharp mind to the cause of equality as an adult.

He was elected as an officer of the Pennsylvania Equal Rights League and was widely known for a campaign to desegregate Philadelphia’s trolley system.

After the Civil War, he turned his attention to voting rights. On Election Day in 1871, he was on his way to vote despite threats of violence in the streets. He was shot to death during a confrontation with a white mob.

His funeral was the largest in the city’s history at the time. 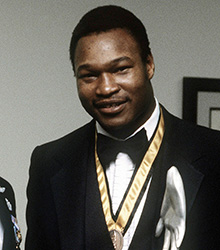 Larry Holmes, also called “The Easton Assassin,” born November 1949, was heavyweight boxing champion during the 1970’s and early 1980’s. Holmes entered organized boxing at a youth center in Easton, where he won 19 of his 22 fights, as well as several titles, before entering professional boxing at age 24. Holmes was a sparring partner for both Muhammad Ali and Philadelphia’s Joe Frazier. In June 1978, Holmes won the World Boxing Council heavyweight crown, which he defended 17 times between 1978 and 1983, more consecutive title defenses than Ali and Mike Tyson combined. 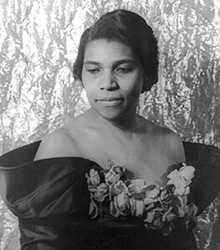 As a child in the early 20th century, Marian Anderson started singing in the Union Baptist Church on Fitzwater Street in South Philadelphia.

After the death of her merchant father, Anderson’s family couldn’t afford to continue her schooling, but through the support of the church and donations from the community, she was able to attend and graduate from South Philadelphia High.

Denied entry into the all-white Philadelphia Music Academy, the community again helped provide private training which transformed her into one of the greatest voices in American history.

Discrimination in the United States put significant roadblocks in her path to success, but she earned fame in Europe as an emerging star.

In 1939, after being denied permission to perform at Constitution Hall in Washington D.C. because of her race, she instead performed on the steps of the Lincoln Memorial for live audience of 75,000 and a radio audience of millions.

Read more on the life of Marian Anderson → 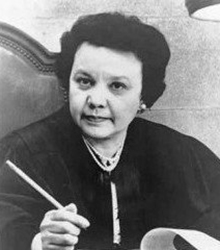 Juanita Kidd Stout was born in Wewoka, Oklahoma in 1919 to two educators, and throughout her youth demonstrated exemplary aptitude in school.

Stout began her university career at age sixteen, getting her bachelor’s from the University of Iowa, and later two law degrees from Indiana University.

Stout moved to Philadelphia in the 1950’s where she practiced criminal and civil law, and was later appointed assistant district attorney.